KAPALUA, Hawaii – Bryson DeChambeau’s decision to putt with the flagstick in the hole this week has drawn plenty of attention, particularly with the 25-year-old leading the field at the Sentry Tournament of Champions in strokes gained: putting through two rounds.

In November, DeChambeau explained that his decision to putt with the flag in depended on the flagstick’s coefficient of restitution (COR) and noted that the USGA uses different kinds of flagsticks for the U.S. Open that he likely will not keep in.

The Rules of Golf stipulate a flagstick must be .75 inch in diameter and the USGA recommends it be at least 7 feet in length.

“I don’t believe there is a standardized flagstick,” said Thomas Pagel, the USGA’s senior managing director of governance. “It can’t have shock absorbing material attached to it. That’s always been the case.”

The PGA Tour also has regulations regarding flagsticks used in tournaments.

“It can’t be tapered. It can’t have a thicker body and a narrow base and the height [8 feet],” said Andy Pazder, the executive vice president and chief of operations for the Tour.

The Tour does recommend a certain manufacturer’s flagstick that is made of fiberglass.

As for the potential COR of a flagstick, it appears as if DeChambeau is something of the definitive source.

“I don’t believe we have ever tested the COR of flagsticks, but I think it’s just different materials,” Pagel said.

Pazder added, “I hadn’t really given it any thought, fiberglass versus wood. I’m not aware of us doing any in-depth analysis [of the flagstick].” 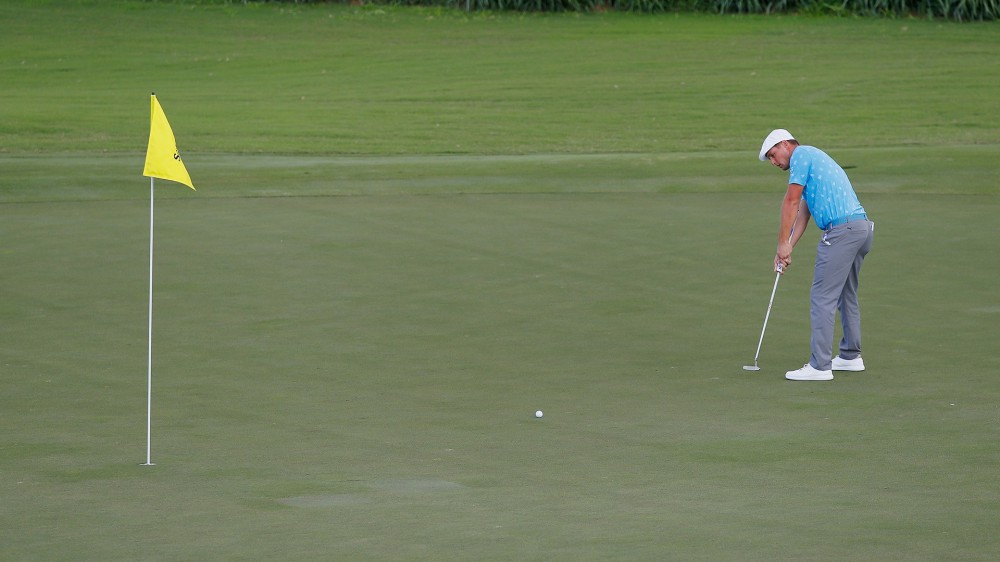