The R&A and USGA released two clarifications to controversial Rule 10.2b(4) – the caddie-alignment rule – which was thrust into the spotlight over the past two weeks because of separate incidents involving Haotong Li and Denny McCarthy.

Here is a summary of the clarifications, from a Wednesday release from the R&A and USGA:

The rule itself states: “When a player begins taking a stance for the stroke and until the stroke is made, the player’s caddie must not deliberately stand in a location on or close to the player’s line of play behind the ball for any reason. If the player takes a stance in breach of this Rule, he or she cannot avoid penalty by backing away. 
PGA Tour not without fault in caddie-alignment controversy

The PGA Tour stepped outside the Rules of Golf last week to rescind a penalty. But it is as guilty as the governing bodies in allowing the rule in the first place.

“It was clear last week at the Waste Management Phoenix Open that there was a great deal of confusion among players and caddies on the practical application of Rule 10.2b(4) during competition, as well as questions surrounding the language of the rule itself and how it should be interpreted,” the PGA Tour said in a statement. “We thank the USGA and The R&A for their cooperation in interpreting the rule last week in competition and the subsequent clarifications made today, which we were involved with and fully supportive of.”

The first hiccup came two weeks ago at the Dubai Desert Classic where it was determined that Li’s caddie stood on a direct line behind Li’s ball when he took his stance on the 18th green. He was slapped with a two-shot penalty, which turned his birdie into a bogey, dropped him into a tie for 12th place and cost him more than $98,000. The European Tour was miffed, but the R&A and USGA both said the ruling was correct.

Last week at the Waste Management Phoenix Open, McCarthy was given a two-shot penalty for a similar situation during an approach shot in Friday’s second round, but it was magnified because McCarthy backed away from his original stance. The caddie did not appear behind McCarthy the second time.

Players were irate and the following day the PGA Tour gave McCarthy his two strokes back and released a statement saying that it would work with golf’s governing bodies and that a clarification would be forthcoming.

“These clarifications are designed to improve the operation of the rule and give the players more opportunity to avoid a breach while remaining true to the purpose of the rule,” David Rickman, executive director of governance for the R&A, said in a release on Wednesday.

Said Thomas Pagel, USGA’s director of governance: “Experience has taught us that introducing a new rule requires us to balance patience with a willingness to act quickly when necessary. With so many pivotal changes to the rules this year, we’ve committed to offering any assistance needed in making the rules easier to understand and apply, without taking away the inherent challenge of playing the game. We appreciate that everyone involved in drafting these clarifications worked together with this same goal in mind.” 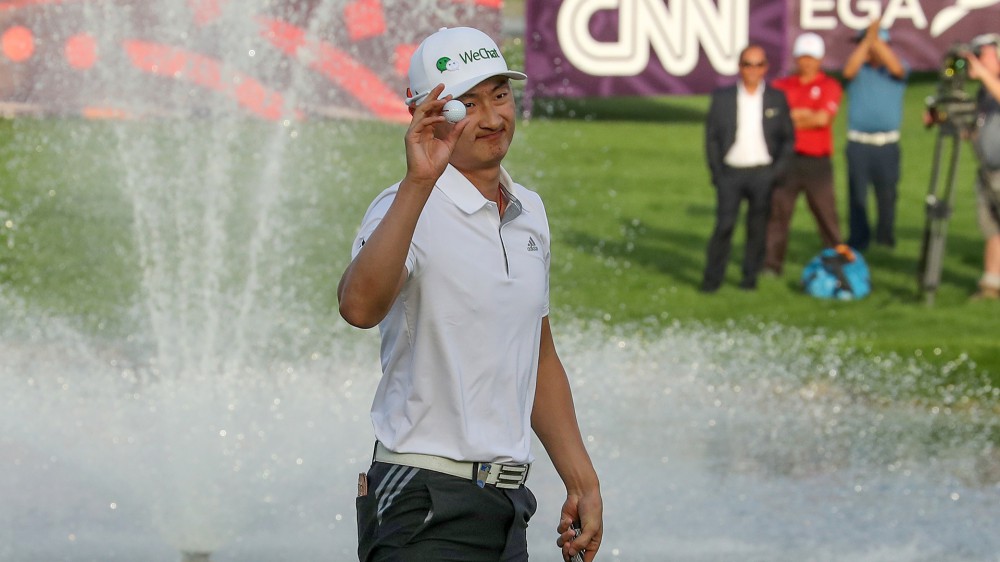 Watch: Five-shot swing on one hole for DJ and Koepka