USGA tweets to Thomas: 'Justin, we need to talk'

The USGA has heard Justin Thomas’ complaints, and its public relations account has decided to address the matter with him on Twitter.

Thomas has been a vocal critic of the changes to the Rules of Golf that went into effect on Jan. 1, expressing his displeasure to both the media and via social media.

On Wednesday at the Honda Classic, he was clear in his assessment: “There’s no reason for me to sit up here and tell you guys that I think the Rules of Golf, the changes, are great, because I don’t. I think they’re terrible.”

On Thursday, he bent the shaft of his 9-iron during his first round. Under the new rules, Thomas was unable to replace the club mid-round, only to repair it, and thus played his final 10 holes without it. “You can just add that one to the list of rules that don’t make any sense,” he added after the round.

On Saturday, after it was announced that Adam Schenk was retroactively assessed a two-shot penalty for a caddie-alignment violation on Friday, Thomas took to Twitter to again take aim at the USGA.

It was this last tweet to which the USGA PR account chose to respond almost three hours later, calling out Thomas for “cancell[ing] every meeting we’ve planned with you.”

The USGA has yet to respond to GolfChannel.com’s request for a comment on the matter.

Thomas announced he was signing off for the day about two hours before the USGA’s missive.

But judging by a second tweet from the USGA PR team, shortly before 10 p.m. ET, Thomas has contacted the USGA. 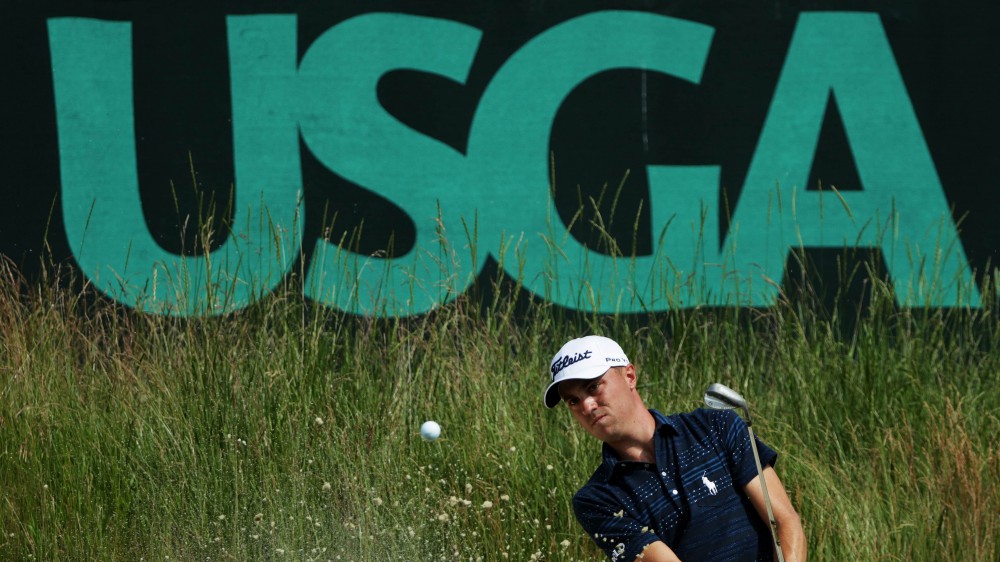 Watch: Spieth lips out second shot on No. 1