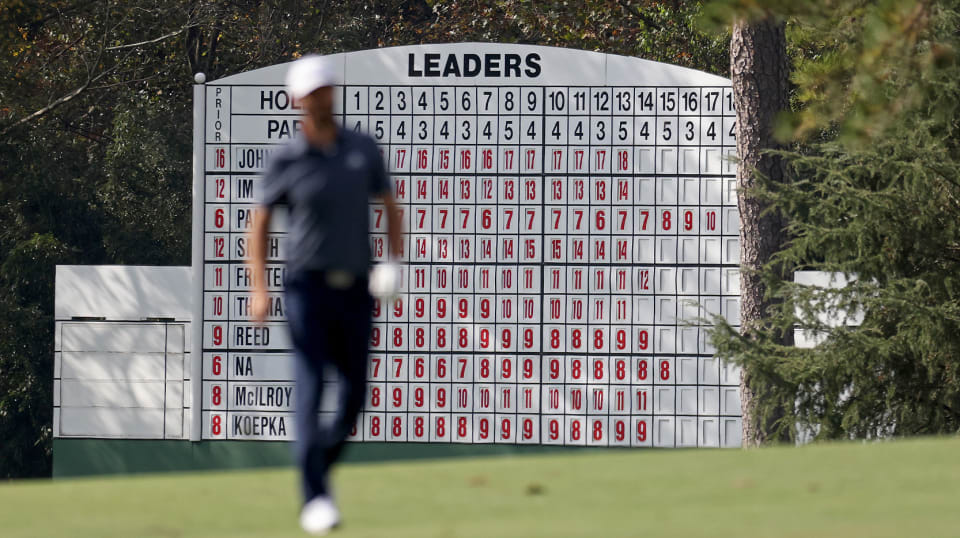 Maybe more so than any other venue in sports today, Augusta National tugs on a fan’s sense of nostalgia.

The event itself is a celebration of golf’s history: past champions compete in the tournament years after their best days on the PGA TOUR have passed. Younger fans still get a glimpse of the legends in the Par-3 Contest and honorary opening tee shots. And as the only perennial major championship host in the men’s game, Augusta National, year after year, ties generations together like few other things in sport today.

Comparing the performance of players from different eras is a difficult and inherently flawed task, but that hasn’t stopped fans from trying to do it for as long as sports have been played. The exercise is impossible to draw perfect conclusions from – but that’s precisely why it’s so fun.

That’s why we turned to the concept of Strokes Gained: Total to try to compare players across eras. The concept is simple. SG: Total simply subtracts a player’s score from the field average that day.

So let’s dive into the database – and see what additional context can be layered into the rich history of the Masters Tournament.

The Dominance of Hogan

No player has a better career Strokes Gained: Total average at Augusta National than Ben Hogan, at +2.52 per round. And while his career average benefits from abstaining from competing later in life (his last Masters start was in 1967 at age 55, a tie for tenth), his peak years yielded the results that saw him climb that statistical mountain.

In 98 career rounds at The Masters, Hogan finished with a score better than the field average 78 times – a clip of 79.6%. That includes a stretch from 1939 to 1956 where Hogan beat the field 49 out of 56 times and never finished outside the top-ten.

There are 558 players in Masters history with 10 or more rounds played. Of that collection of players, Hogan leads in Strokes Gained: Total per round, with Jordan Spieth (+2.41) ranking second.

At just 27 years old, Spieth is already tied for fourth all-time in rounds led at the Masters (9), trailing Nicklaus (19), Palmer (18), Player (11) and Tiger Woods (10). His career scoring average of 70.46 is the best in tournament history among players with 20 or more rounds played.

Spieth shot an opening 64 in 2015 on a day when the field averaged nearly 73.5. His +9.42 Strokes Gained: Total that day is the most in the opening round of a Masters victory all-time. Since making his Masters debut in 2014, Spieth has gained 67.4 strokes against the field total, four more than anyone else in that span.

It may seem impossible considering all his accolades, but digging through the data reveals more all-time records in major championships for The Golden Bear.

For instance, Nicklaus beat the field scoring average at The Masters in a staggering 121 different rounds in his storied career, 19 more than any other player. Gary Player ranks second all-time, doing it in 102 career rounds. Nicklaus gained 5 or more strokes against the field 24 times, also most of any player. For context, Player and Palmer had 25 such rounds in their Masters careers – combined.

The Best Without a Win

There are four players in Masters history with 20 or more rounds played and a Strokes Gained: Total average of +2.0 or more per round. The first three players – Hogan, Spieth and Tiger Woods – you would likely be able to deduce on your own. But how about the fourth, Lloyd Mangrum?

From 1940 through 1956, Mangrum averaged +2.97 Strokes Gained: Total per round at Augusta National, second to only Hogan. Both Mangrum’s SG number and scoring average during that span bettered the likes of Sam Snead and Byron Nelson at The Masters.

Among players with 16 or more Masters rounds all-time, an interesting modern name ranks second to Mangrum all-time in Strokes Gained: Total per round by players without a win: Jon Rahm (+2.15).

Unsurprisingly, Woods’ record 12-stroke triumph in 1997 is the most dominant in Masters history by Strokes Gained: Total, as well. Woods gained 25.86 shots on the field that week, most ever by a Masters champion. Cary Middlecoff gained 25.54 in his 1955 victory, second-most all-time.

Woods is 102-under-par in his Masters career, the only player triple digits under par in tournament history. Only one player – Phil Mickelson, 72 under – is within 50 strokes of Woods in that regard. Tiger’s career average of +2.39 Strokes Gained: Total per round at Augusta National is third-best all-time, behind Hogan and Spieth.

Woods’ consistency at Augusta National, though, may be his most remarkable trait. In 90 career rounds at The Masters, Woods has beat the field scoring average 75 times – a clip of 83.3%. That is the best average in Tournament history by players with 25 or more rounds played (Mangrum ranks second, at 81.7%). That included a run from 1999 through 2010 where Woods beat the field 45 times in 48 rounds.