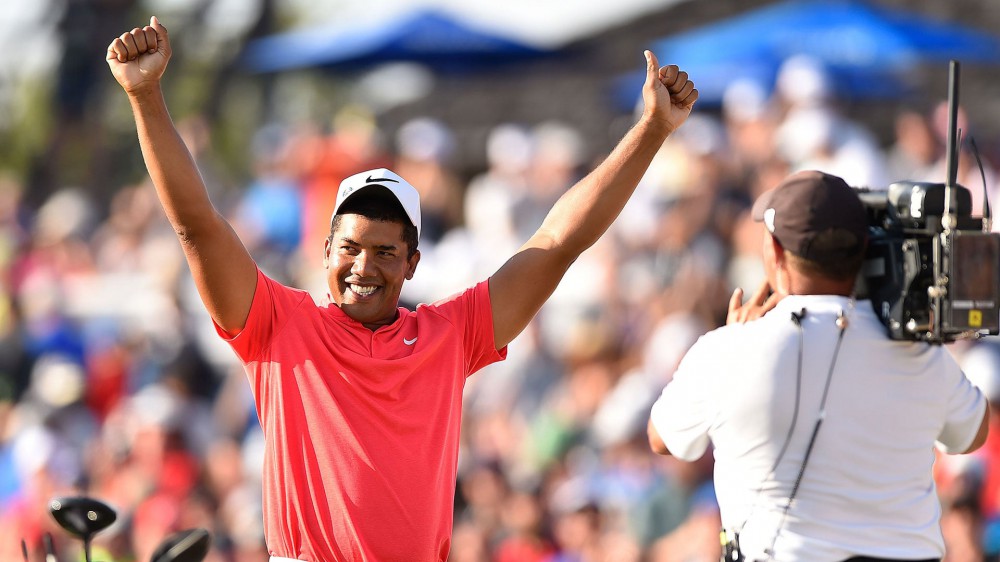 For the second straight year, Jhonattan Vegas mounted a final-round comeback to capture the title at the RBC Canadian Open. Here’s how things ended up this time around at Glen Abbey, where Vegas had to go an extra hole to edge Charley Hoffman:

What it means: Vegas began Sunday three shots behind Hoffman, but he raced up the standings with six birdies over his first 11 holes. He appeared in position to win in regulation until he was unable to birdie the par-5 18th despite having a wedge in for his second shot. That opened the door for Hoffman, who birdied 16 and 18 to force a playoff, but Vegas retained the trophy with a tap-in birdie on the first extra hole.

Round of the day: Poulter made his tournament debut this week, but there’s reason to think he’ll return to Glen Abbey after closing with an 8-under 64 to take third-place honors. Poulter was bogey-free and closed with four birdies over his final seven holes, including a 47-foot bomb on No. 12. It’s his second close call of the season after his runner-up at The Players Championship which secured his card for next season.

Best of the rest: Vegas needed a final-round 64 to win last year, but this time a closing 65 was good enough to force a playoff. Vegas made the turn in 5-under 30, including three birdies in a row on Nos. 5-7, and added three more birdies on the back nine while dropping only a single shot. He then clinched the trophy with a birdie on his 19th hole of the day.

Biggest disappointment: Hoffman started the day with a one-shot lead, and he appeared on cruise control after opening with a pair of birdies. But while others piled up birdies, Hoffman stalled out while playing Nos. 3-15 in even par. A pair of closing birdies gave him a shot at passing Vegas, but it turned into another near-miss for a player who also blew a final-round lead at Bay Hill earlier this season.

Shot of the day: With Hoffman already in trouble, Vegas hit a deft pitch from behind the 18th green that rolled up to within a few inches of the hole. It gave him a stress-free birdie, and the subsequent tap-in meant he’ll return to Glen Abbey as defending champ once again in 2018.