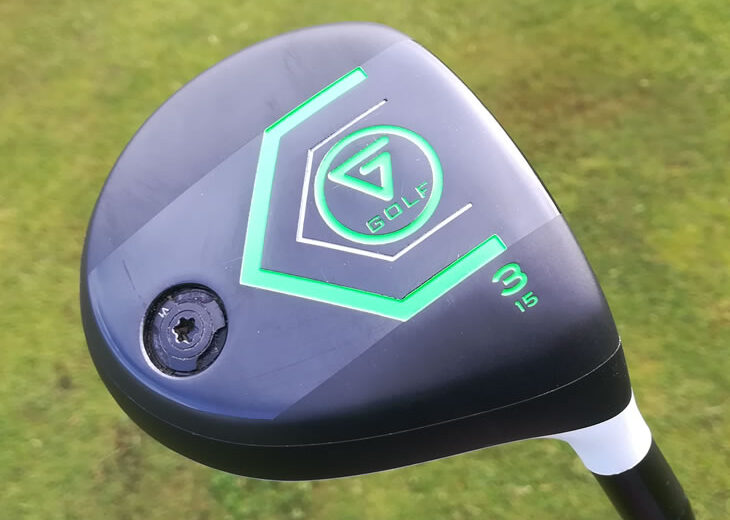 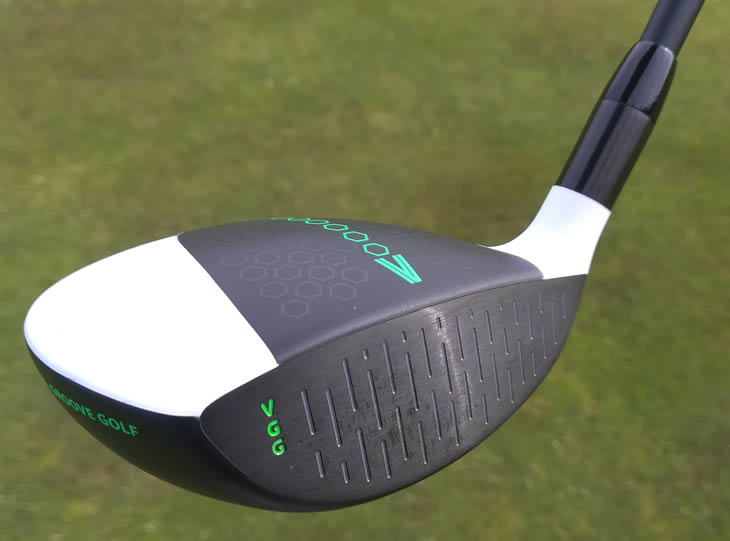 No prizes for guessing what the defining feature is here as 17 of their unique vertical grooves adorn the face of this fairway.

The pitch is that these grooves will help the ball go straighter, for reasons I am yet to be convinced about, but that doesn’t mean they don’t work.

A bit like the driver, the club wasn’t arrow straight, but it wasn’t spraying it around either. On GC2 against other leading makes it was about the same for accuracy as so many other factors will come into it that will probably outweigh the effect of the grooves.

The body is made from 17-4 stainless steel and the wrap around cup face from a 455 maraging steel alloy that is there to add the speed.

Vertical Groove claim that the fairway is at the CT limits for drivers and certainly the ball speed I was seeing on GC2 was up there with the leading fairways in the market without necessarily being the fastest.

The face did have a nice little ‘ting’ sound at impact and like the driver it sounded and felt very good. Across the face it probably wasn’t as consistent in distance and ball speed as others, but I did get a few in the toe and it did feel more solid and went straighter than most other fairways.

At 180cc it is a generous sized head and I like the shape of it at address with its nice rounded rear end.

I am still a little undecided on the visuals though. The white/black design could look slicker, but I was focussing on the line of eight green hexagons going back from the V behind the sweet spot which was good for lining up.

Again the style of the green line could look sleeker but it does the job, although continuing the lines of the grooves over the crown on to the face to tie in with the vertical grooves would have been interesting to see for alignment.

There are two 3 wood lofts initially, with a 15° head using a 8g tungsten weight in the sole to lower the centre of gravity. Through custom fitting you can swap this for a different weight of 3g to 12g.

There is also a 14° Tour model where the 8g weight is closer to the face to reduce spin and in time an 18° 5-wood will appear too.

The Vertical Groove fairway comes as standard with quality components like a Golf Pride Tour Velvet grip and an Aldila NV2K Green graphite shaft as standard, which may have been around the block, but is tried and trusted and suits the club very well.

There is no adjustable hosel for loft but I quite like the simplicity and feel of the fixed hosel, so it is just something to be aware of as price-wise it is pitched up against market leaders like the adjustable loft TaylorMade M4 fairway.

I should probably add that if you buy the Vertical Groove fairway direct then it comes in a rather cool, magnetic closing, velvety lined box with ‘distinctive’ headcover and branded towel, which is a nice touch.

Overall I like the Vertical Groove fairway as it sounds good, goes very well and for the money is a well put together, good quality club.

The looks are a little marmite but I could go with them as the green hexagons were good at ensuring you square the face and whatever the benefit of the vertical grooves, it creates a different look that will make your fairway stand out on the tee too.