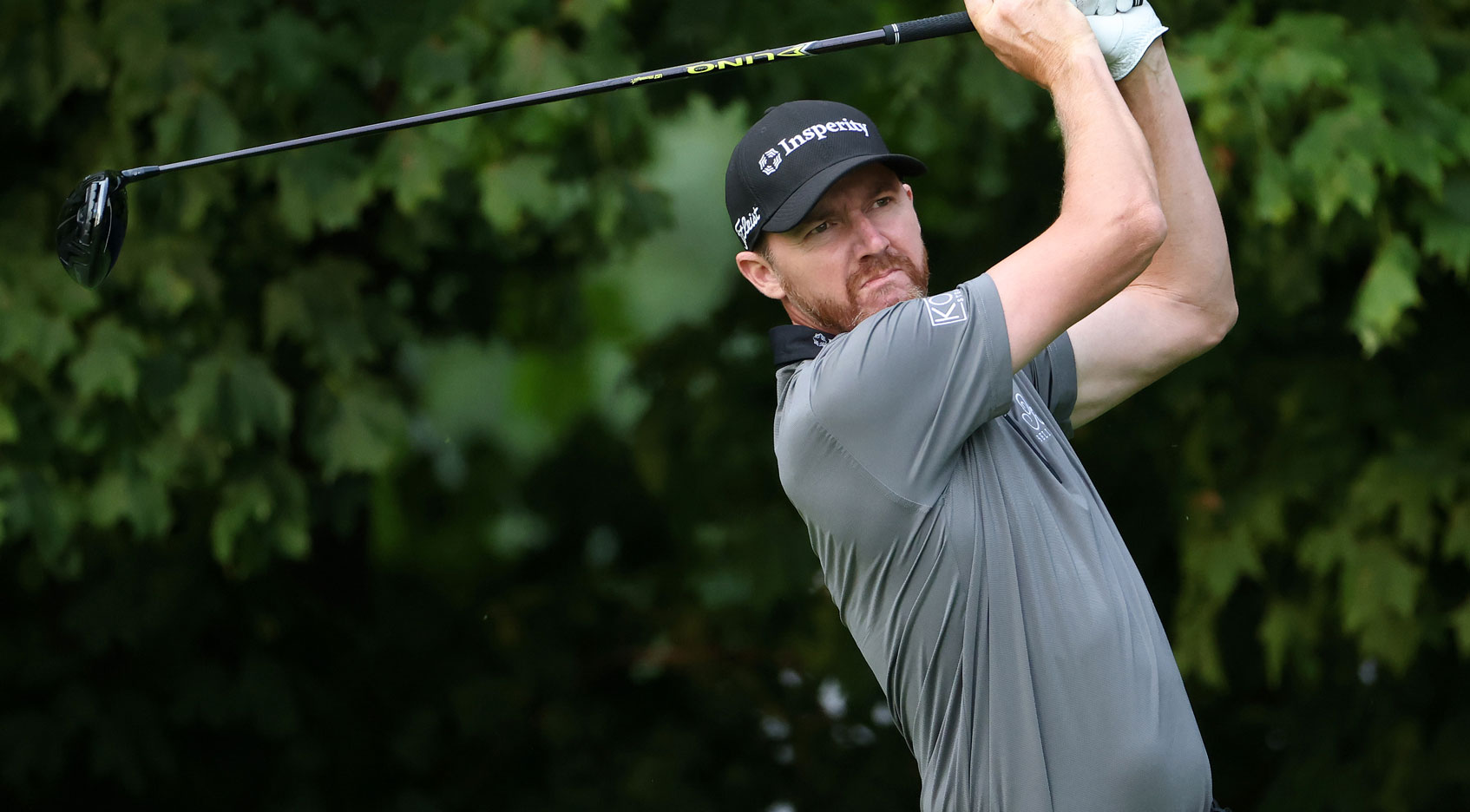 It was just the type of result the veterans draw strength from. Cink hadn’t won since 2009 but used all his guile to plot his way to victory. Now Hoffman and Walker hope to do the same in Mississippi.

His last seven events produced six missed cuts and a T62 and as it turns out he wasn’t overly hopeful things would be different this week. Being a 40-something does bring some challenges – in this case a penchant for injury.

“I’ve had some tendonitis in my elbow, shoulder has been hurting, so it’s been tough,” Walker said post round. “My elbow was really hurting. I’ve never had anything like that ever before, and it was pretty painful.

Walker said he could barely grab a club out of his bag with his right hand after the U.S. Open but some rest and rehab – and the smarts to have his physiotherapist with him in Jackson seemed to be paying off. Coincidentally the last time Walker shot 64 or better was the 2018 AT&T Byron Nelson first round, his last top 10 (T6).

Four-time TOUR winner Hoffman has fared better than Walker in recent times but still can only boast four top 10s out of the last three seasons. In response to those younger than him making waves, Hoffman has endeavored to add some distance to his game by working with Greg Rose at the Titleist Performance Institute.

But he’s not becoming a gym rat and bulking up like Bryson. Instead he says the wisdom of age can just make someone of his ilk use his power reserves at critical times. The key is lengthening his swing at the right moments.

“It’s just the game is changing. I’ve never struggled with yardage until the last couple years. That was never something I really explored before, so I started exploring how to do it. Greg trained a bunch of long drive guys, and it’s something that I’ve trained to do, be a little more efficient, swing longer,” Hoffman explained.

“The reality is in this day and age it’s more important to be long than straight, so that’s something I’m trying to do. I wouldn’t say I’ve trained to hit it longer. I’m learning to be more efficient and hit it longer. As a younger guy I didn’t have to worry about hitting it further because I just hit it far, and as an older guy I’ve got to pay attention when I’m swinging it hard.

“My speed, I can get it up there pretty high. I don’t hit it on every shot. If there’s a par-5 where I need to get home in two I’m going to swing hard and hopefully hit the fairway. The other holes, like 18 here, I’m going to try to put it in the fairway and probably not swing quite as hard.”