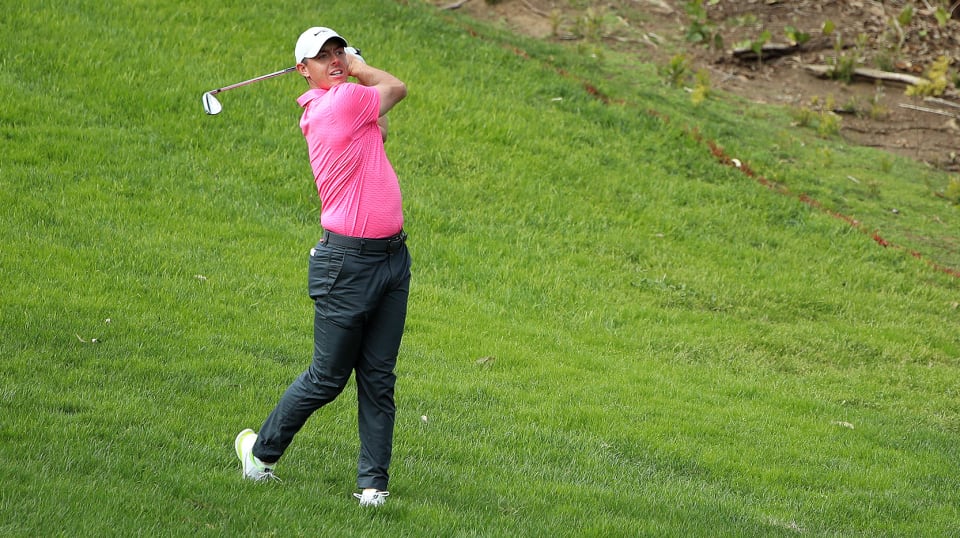 SCOTTSDALE, Ariz. – Rory McIlroy had a forgettable finish at the Farmers Insurance Open, his final-round 73 dropping him into a tie for 16th place. Still, he was having trouble moving on after a Rules incident from the 18th hole in Saturday’s third round.

McIlroy’s ball veered into the right rough, and when he got to it, he saw that the ball was embedded. He took relief, but when he later watched videotape of the shot, it was clear that it had bounced once, so it hadn’t embedded in its own pitch mark.

So how, then, had it embedded?

“I was sort of questioning myself on Sunday,” McIlroy said Wednesday from TPC Scottsdale, where he will be making his first career start at the Waste Management Phoenix Open. “Did I do the right thing? Did I play by the Rules? Did I see something that wasn’t there?

“It was a bit of a rough Sunday night,” he continued. “I just started to doubt myself a little bit, which is not like me.”

As it turned out, McIlroy said, the PGA TOUR got an email Monday that explained it: A volunteer confessed to having stepped on the ball.

“The TOUR got an email on Monday from a volunteer saying that he didn’t tell me at the time and he should have, but he stepped on the ball to find it,” McIlroy said. “… I guess at the end of the day I almost took the wrong relief because I should have taken relief for a stepped-on ball, which means you can place it instead of drop it. At the time I didn’t have that information.”

The incident received additional scrutiny because eventual winner Patrick Reed also had taken embedded-ball relief earlier in the round at the par-4 10th hole. Rules officials stressed that both McIlroy and Reed took proper relief.

“I at least felt better about my actions knowing I did the right thing, that I did take relief for a ball that was embedded or stepped on,” McIlroy said. “So it sort was nice that that came to light, because I was questioning myself on Sunday a little bit. It’s funny how these things all work out at the end.”