Birdies were all-but rationed on Day 1 of the U.S. Open at Shinnecock Hills. But the course allowed a few more on a less windy Friday.

Overnight co-leader Dustin Johnson got the ball rolling – literally – with a birdie on the par-3 11th, his second hole of the day.

2016 #USOpen champion Dustin Johnson ties Russell Henley at the top of the leader board once again with this birdie putt. pic.twitter.com/EWwCqR4Xj8

That got him to 2 under for the tournament. He was tied, momentarily, with Russell Henley. But while Henley started to back up, Johnson pressed forward.

The world No. 1 birdied the par-5 16th and made the turn in 2-under 33. At 3 under par for the championship, he held the outright lead.

Johnson bogeyed the par-4 first, but rebounded with this birdie at the par-4 fourth.

He then made this 45-footer for birdie at the par-3 seventh to reach 4 under par and take a three-stroke lead.

That #FridayFeeling when you've made your fourth birdie and lead the #USOpen by 3.

Johnson finished par-par for a 3-under 67. 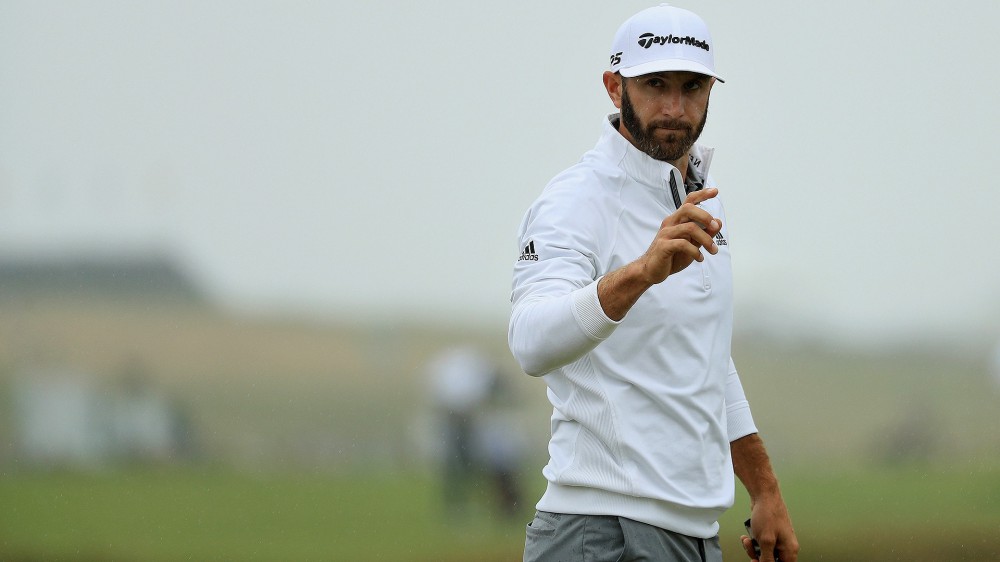