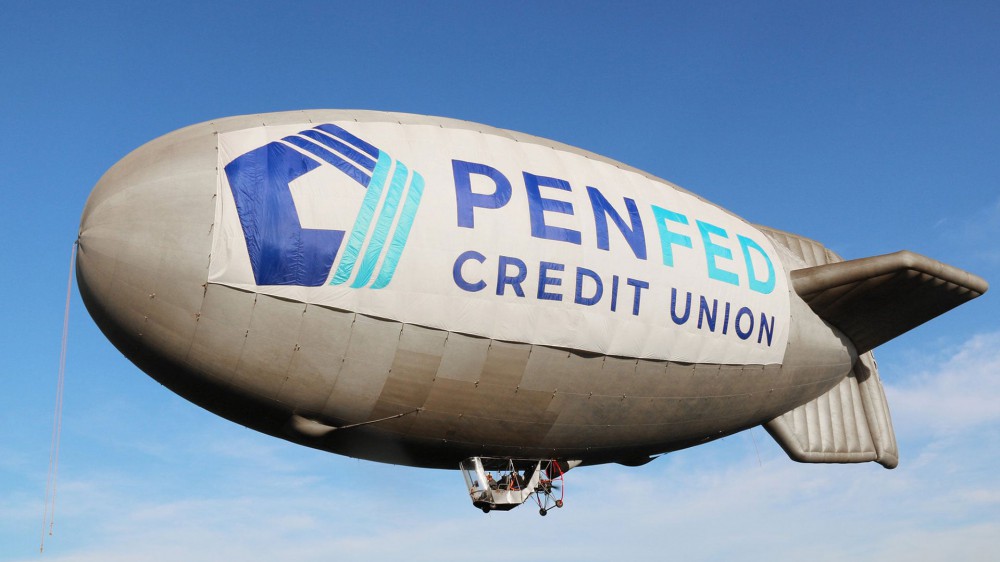 A blimp caught fire and crashed near the U.S. Open at Erin Hills on Thursday, injuring the only person on board, the pilot.

Multiple videos shared to Twitter show the blimp falling out of the sky.

Just got to the #USOpen and the blimp caught fire and crashed. People parachuted out. pic.twitter.com/1lDi3VkXCu

Fox Sports captured this footage of an explosion coming from the downed blimp.

A manned blimp unaffiliated with FOX Sports or the #USOpen crashed near the course today. We will provide more details as they're available. pic.twitter.com/QEAk8tiU0K

The Milwaukee Journal Sentinel reports that the blimp was advertising the PenFed Credit Union, pictured here:

If you are lucky enough to be at the US Open today share your blimp sighting pics! @penfed #PenFedBlimp #USOpen #USOpen2017 #ErinHills #Golf pic.twitter.com/trFyddODWD

ESPN’s Ian O’Connor shared this image from the crash site of the blimp’s pilot on a stretcher.

In response to the incident, the USGA has released the following statement:

“According to local authorities, a commercial blimp not affiliated with the USGA or the U.S. Open broadcast crashed in an open field approximately a half mile from the Erin Hills Golf Course at approximately 11:15 a.m. CT. First responders were quick to arrive at the scene and the pilot is currently being treated for unknown injuries. No other people were involved in the incident and local law enforcement is currently investigating. Our thoughts and prayers are with the pilot at this time.”