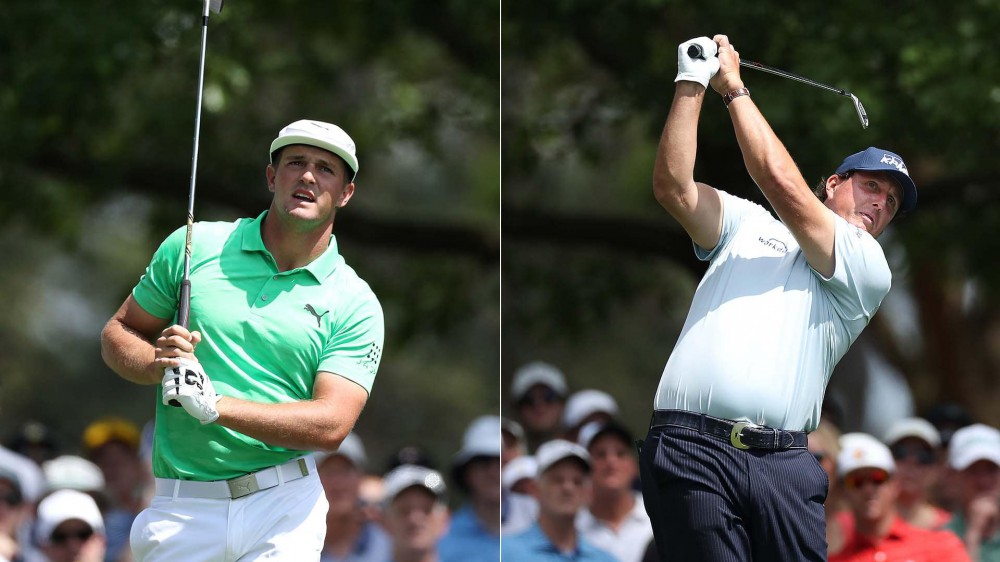 Augusta National’s par-3 16th hole has given up 18 holes-in-one in the history of the Masters, and it nearly gave up two more on Thursday.

Playing in back-to-back groups late in the first round, Bryson DeChambeau and Phil Mickelson nearly authored back-to-back aces on “Redbud.”

DeChambeau, who birdied six of his last seven holes on Thursday, hit this tee shot from 172 yards out to the right of the flag and watched as it spun to within inches of the hole:

Golf is game of inches. pic.twitter.com/uwba1xaE6E

And moments later, here’s Mickelson’s nearly identical shot from the other side of the plate:

Both DeChambeau (66) and Mickelson (67) have a shot the green jacket after Day 1, they’ll look to build on their momentum over the final 54 holes at Augusta – including three more chances at 16.