Aside from Thursday’s opening-round 6-under 66 that vaulted him into a share of the 18-hole lead, Bryson DeChambeau has had a week to forget at Augusta National. At least, until Sunday’s final round on the par-3 16th.

The Mad Scientist pulled a 7 iron from 179 yards, hit it in the middle of green and let the slope take care of the rest:

Not to be outdone, Justin Thomas made a nearly identical ace on the 16th hole just a few hours later:

The hole-in-one put DeChambeau back to even for the day and he finished 2 under on the week, whereas Thomas’ ace vaulted him to a T-12 finish.

Neither player really factored into the final outcome on the week, but they will go home with some fancy crystal they can display in their trophy cases until the end of time. 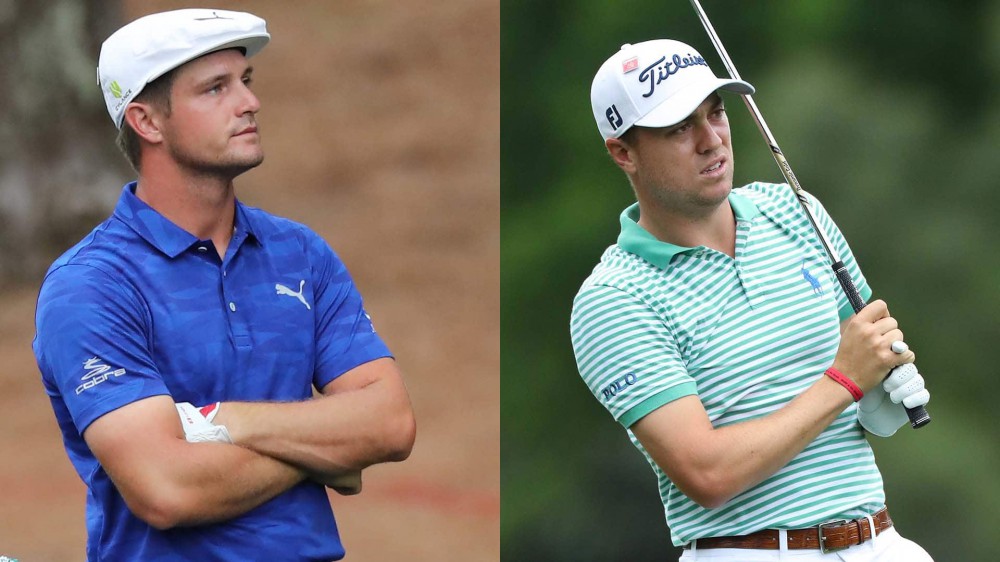 Graham offers details on Trump's round of 73

With two putters in the bag, Scott nearly wins PGA