Jordan Spieth and Dustin Johnson have had some duels in the past – most notably at Chambers Bay for the 2015 U.S. Open – and they delivered another classic on Sunday, where Johnson got the better of Spieth to claim the Northern Trust title in New York.

Things really started to heat up on the 17th green, where Spieth made a bendy 19-foot putt to save par and stay tied for the lead with Johnson, who got up and in from the bunker:

We head to the 18th with Spieth, DJ still tied. #QuickHits pic.twitter.com/MbqYLcxpPC

Then it was Johnson’s turn to make a long putt, draining an 18-footer for par to send the tournament to a playoff:

From there, Johnson let his driver do the talking, hitting a 341-yard bomb off the tee on the first playoff hole before defeating Spieth with a birdie:

Does anyone other than @DJohnsonPGA even consider this line off the 18th tee? #QuickHits pic.twitter.com/pgHJS1dFWV 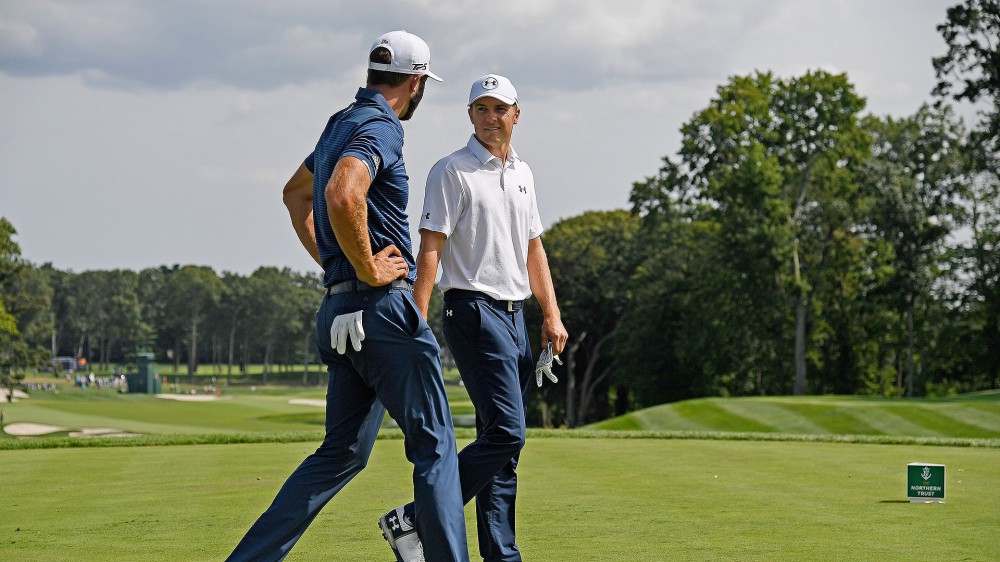