Tiger Woods got caught in the Bear Trap on Friday, but bit back with a late birdie to sign for 1-over 71 on a difficult day at PGA National, where he sits four off the lead heading into the weekend at the Honda Classic.

Woods started at even par in Round 2 and began Friday with a bogey at the par-4 second, before getting that stroke back with a birdie at the par-4 fourth:

Following four consecutive pars, Woods birdied the par-4 ninth to turn in 1-under 34.

At 1 under for the tournament, Woods was tied for 10th place, three off the lead, when he began the back nine at PGA National. He remained there with this enthusiastic par save at the par-4 11th.

We've missed you. Welcome back.

Tiger poured in three more pars at was just two off the 3-under pace when he rinsed his tee shot at the par-3 15th, leading to a double bogey. He dropped another shot and fell to 2 over when he three-putted 16.

But he wouldn’t leave the Bear Trap at a total loss. At the diabolical par-3 17th, Woods wowed the jam-packed stands with a flagged 5-iron iron and a 12-foot putt for birdie, pulling him back to plus-1 for the week.

A sweet approach
A bounce-back birdie

Woods would go on to par the closing hole, leaving him in a tie for 14th with two rounds to play. 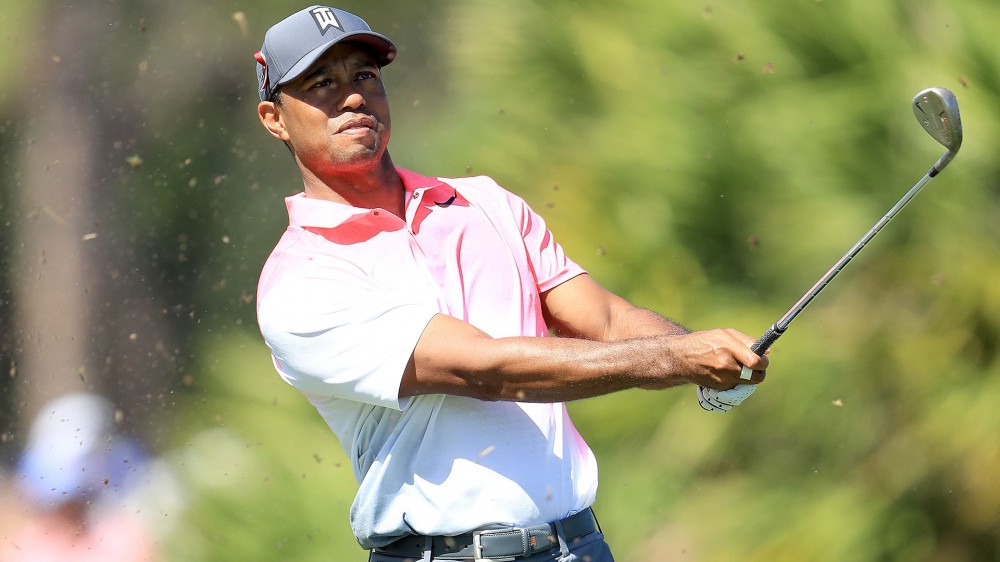 Snedeker to return from injury at RSM Classic