Watch: Highlights from Tiger's second round at East Lake

Tiger Woods will head into the weekend at the Tour Championship with a share of the lead with world No. 1 Justin Rose after a 2-under 68 Friday at East Lake.

Woods started the day off right with a laser at the par-3 second that set up his first birdie of the day.

Alone at the top @[email protected] has grabbed the solo lead.#QuickHits pic.twitter.com/50YBRbjHjo

Woods couldn’t keep the momentum going on the front nine, and after a bogey at No. 9 he shot even par. But he started a charge on the back nine with this birdie at No. 12.

The solo leader at @PlayoffFinale?

The fist pumps are out. @TigerWoods ties the lead.

Woods’ two-shot lead evaporated quickly after a double bogey at No. 16.

Woods falls into a co-lead. pic.twitter.com/67IC8soOJ3

The longest drive of the week for @TigerWoods.

… and it set up a birdie on 18 that gave Woods a 2-under 68 and a share of the lead heading into the weekend.

[email protected] birdies the 18th hole at the @PlayoffFinale.

He'll enter Round 3 tied for the lead with @JustinRose99.#QuickHits pic.twitter.com/QPMjOz6gGO 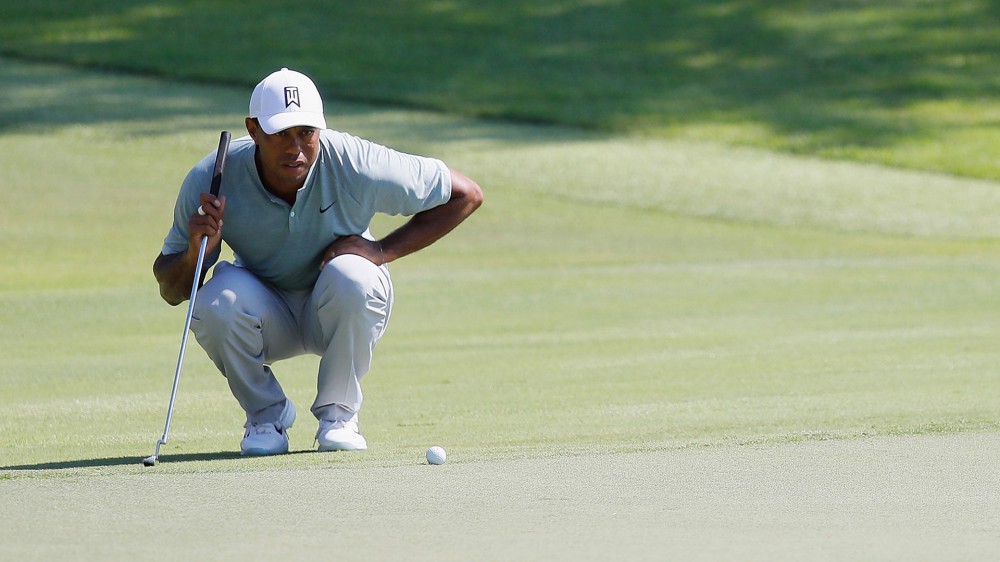