Watch: Lefty hits righty, out of bounds, underneath fence, because Phil

ORLANDO, Fla. – Phil Mickelson has found his way onto the leaderboard at the Arnold Palmer Invitational, but not without making it interesting.

Returning to Bay Hill for the first time since 2013, Mickelson shot a 4-under 68 in the opening round that put him in a tie for third, three shots behind Rafael Cabrera-Bello. But after his round, the questions he faced weren’t about the seven birdies on his scorecard, including a final 7-iron approach he stuffed to a foot on No. 18. Instead, all anyone wanted to know about was what transpired on the par-4 10th, where Mickelson tried to hit a shot right-handed and ended up with a double bogey.

Mickelson’s drive sailed well left at No. 10, leaving him in a precarious position. While his ball was still in bounds by a matter of inches, it was on the wrong side of a mesh boundary fence lining the property, which he was not allowed to move. That meant Mickelson’s options were to chip out sideways, take an unplayable lie or channel Arnold Palmer by “playing boldly to win.”

So in typical Lefty fashion, he chose to gamble and stood on the other side of the fence while attempting a full, right-handed swing.

“I actually thought I could get that on the green. I really did,” Mickelson said. “I had 117 (yards) front and tried to flip a 9-iron over. I thought the ball was going to take off fine. I had clean contact with it, I thought, and it obviously didn’t work out.”

Mickelson’s plans went awry when the ball became wrapped up in the fence shortly after impact. Suspended for a brief instant, the ball eventually dropped back down just in front of his feet and trickled out of bounds.

Under the old rules, Mickelson would have faced the prospect of re-dropping in the same spot as his failed escape shot. But the simplified rules instituted earlier this year afforded him one club-length with which to make his out-of-bounds drop after a one-stroke penalty, allowing him to get on the proper side of the boundary fence before hitting his fourth shot.

“That definitely helped,” he said. “I didn’t want to play that shot again.”

Despite the right-handed blunder on No. 10, Mickelson’s opening 68 still represents his lowest round at Bay Hill since a 67 in the second round back in 2010. 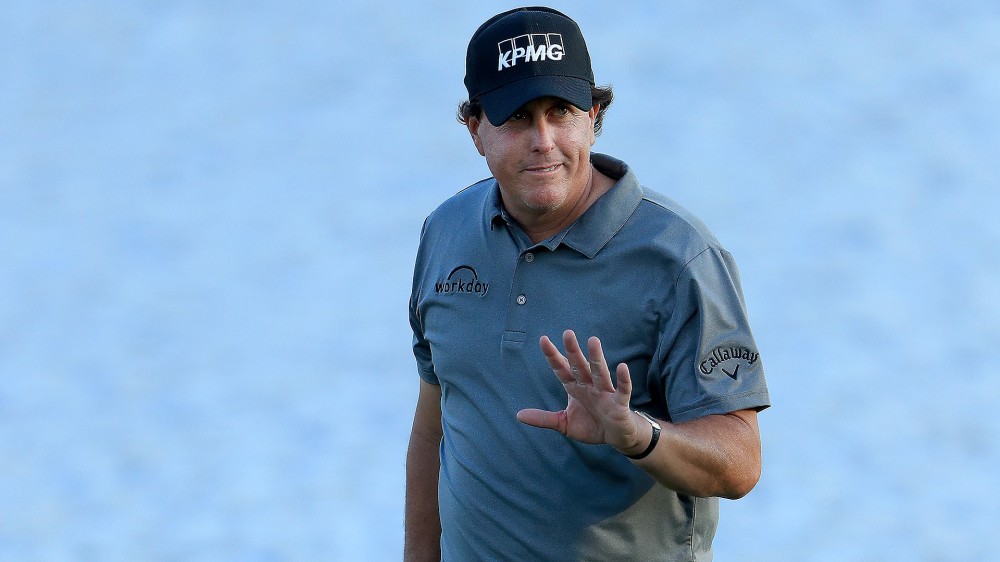