Phil Mickelson added to his reputation as one of golf’s great escape artists Saturday at the Safeway Open.

After hooking his tee shot at the 13th off a cart path and watching it bound deep into the tree line at Silverado Resort and Spa’s North Course, Mickelson found himself in a tough spot trying to keep his hot round going.

Four shots off the lead, Mickelson put himself 188 yards from the flagstick, with a tree trunk blocking his route to the hole, and with branches and foliage requiring him to keep the ball extremely low. Mickelson turned the challenge into a birdie to move three shots off the lead at the time. He hit a low, hard hook around the tree and under the branches, bouncing the shot to 10 feet.

“I just smother hooked a 7-iron, trying to keep it under the tree and chase it down on the green,” Mickelson said.

How did it rank among his many escapes?

“It was one of the better ones,” Mickelson said.

Us analyzing the shot:

“Terrible lie,” Golf Channel course reporter Billy Ray Brown said. “I had no idea he could pull that off.”

“I think he is better sometimes when he is in trouble, because he has to get creative,” Byrum said. “That’s when his mind works the best.”

Steve Sands saw it as another example of what has set Mickelson apart in the game’s history.

“As creative a player as there has ever been,” Sands said. 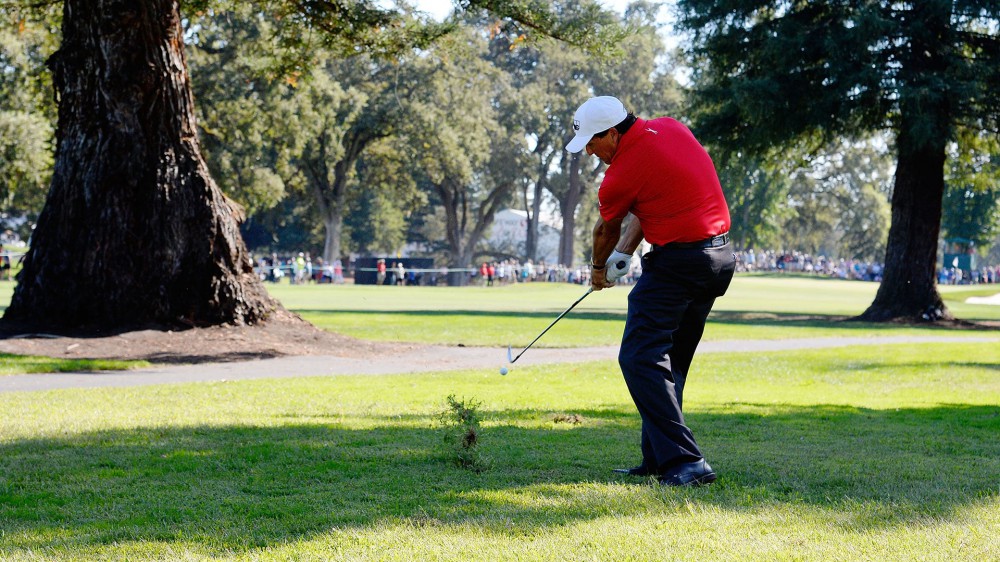