The Round of 16 at the Volvik World Long Drive Championship got off to a heart-racing start on Tuesday – at least for one fan.

In the first televised match of the night in Thackerville, Okla., Wes Patterson snapped his driver shaft. The broken, graphite projectile struck a fan in the stands; though, the fan appeared to be OK.

Patterson, who is unranked and twice defeated world No. 1 Maurice Allen to make it this far, knocked off Ryan Reisbeck thanks to a drive of 423 yards. 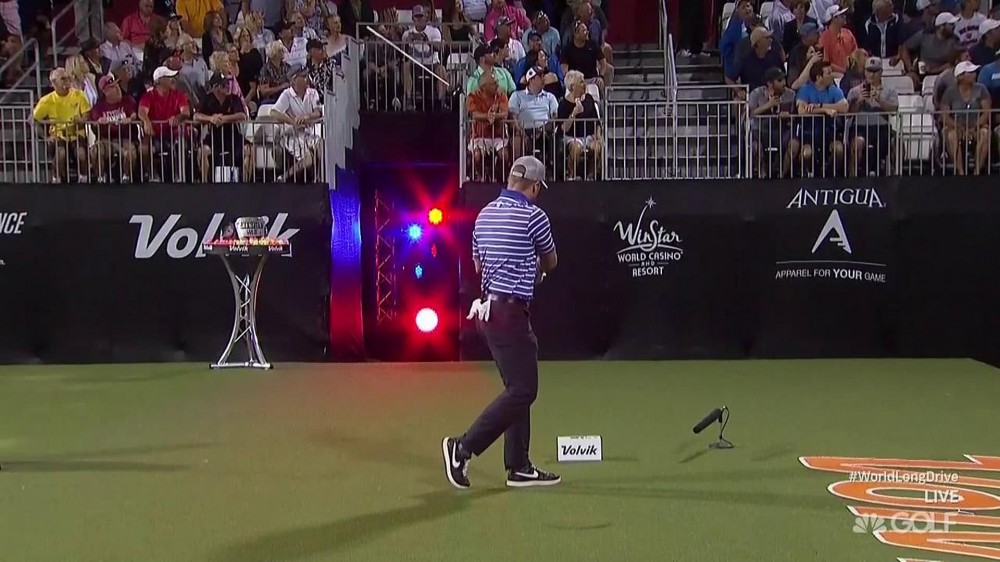