Watch: Phil holes out from fairway during practice

Phil Mickelson has admitted this could be his last Ryder Cup on foreign soil as a player, but he showed Thursday that he still has some of that vintage Lefty magic left in the tank.

Like he’s done so many times before, Mickelson sent the crowd at Le Golf National into a frenzy with this hole out from the fairway:

[email protected] holed out from the fairway during today's practice at the #RyderCup pic.twitter.com/m0NTBr5hst

The 48-year-old captain’s pick has played in more Ryder Cups than any player in golf history, posting an 18-20-7 record since 1995. 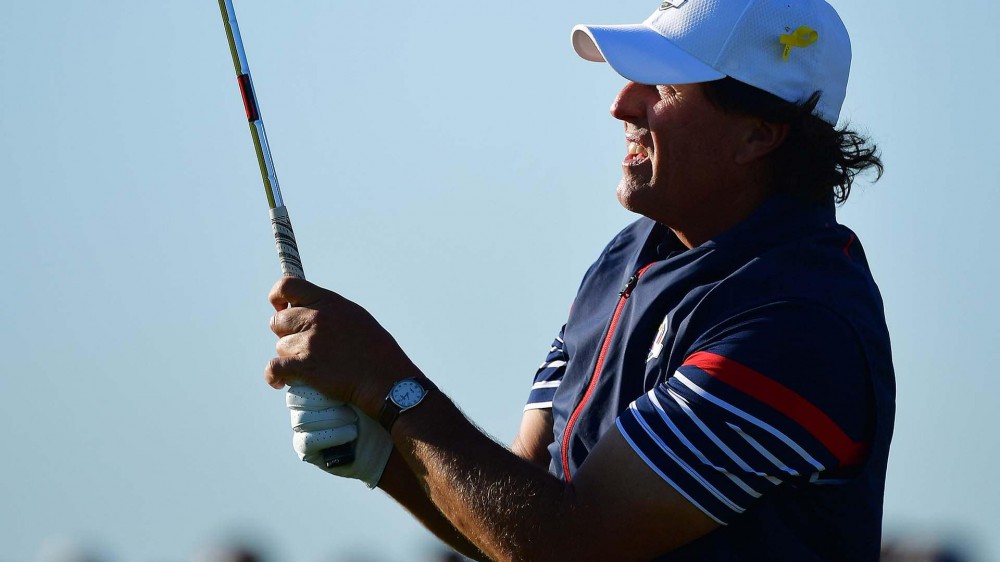