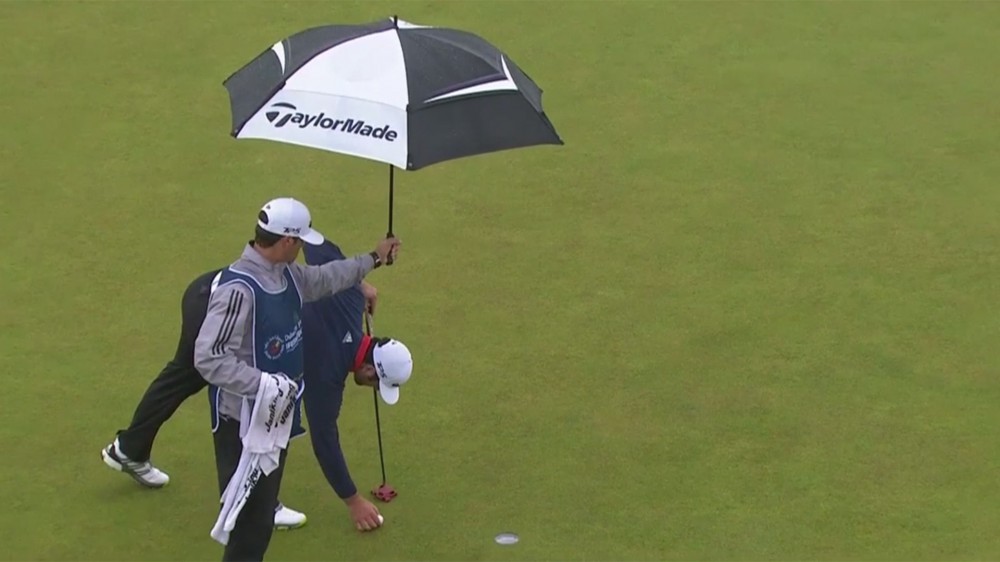 Jon Rahm easily won the Irish Open on Sunday, but yet another rules controversy took place on the sixth green.

Rahm marked his ball from the side and then moved it to get out of Daniel Im’s line. After Im putts, Rahm moved his mark back to its original location, but he placed the ball ahead of the mark instead of the side. The ball appears to be closer to the hole.

After speaking with Rahm, rules official Andy McFee determined Rahm might not have returned his ball to the exact location, but it was “millimeters” closer and there was no intent to break the rule.