No player Thursday will have a stranger story to tell than John Senden.

Playing in the first round of the Australian PGA Championship, Senden was 2 under par and teeing off on the par-5 ninth when his driver shaft snapped during his downswing. He completed his swing, somehow, but was unable to make contact, striking the turf instead.

Senden immediately dropped his club and began shaking his right hand, after he was pinched by the end of the broken shaft.

Even worse: A rules official determined that Senden’s swing counted as a stroke.

“I had no chance of stopping the shot,” he said afterward, “so unfortunately that counts as actually one stroke.”

There was some discussion whether Senden would have to play his next shot (with a 3-wood) from the same teed-up position, but per the rules, he was allowed to drop the ball in the same spot and add a stroke. He wound up making bogey on the hole, but perhaps was more relieved to escape without injury.

“It just happens,” he said. “I’ve seen it happen before to other players, but it’s the first time it’s happened to me in a tournament. The whole thing actually spooked me a bit.”

Senden shot even-par 72 and headed after the round to the TaylorMade trailer, in search of a new driver. 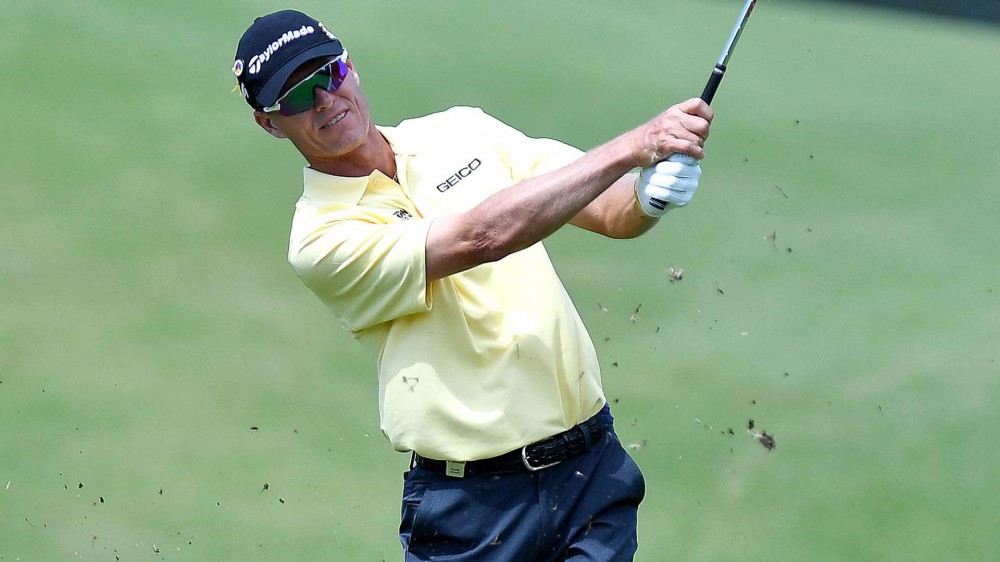