It’s been an up-and-down season so far on the course for Tiger Woods, and that continued on Friday during the second round of the Genesis Open at Riviera Country Club.

Tiger grinded out the 511-yard, par 5 opening hole after finding the rough with his first shot and the sand with his second:

[email protected] pars the first hole of his second round @GenesisOpen. #QuickHits pic.twitter.com/yniq7nCeGZ

Woods got under par for the first time in the round on the third hole, burying an 18-footer for birdie on the par-4 third hole:

The roars start [email protected] buries the on No. 3. #QuickHits pic.twitter.com/s86VmsGpMn

After giving a stroke back on the par-3 fourth hole, Woods made another birdie on the par-4 fifth, curling in a birdie putt from about 21 feet:

Curl it in, @TigerWoods!

Back to even for the tournament after his second birdie of the day. #QuickHits pic.twitter.com/c0xqHQK3K6

That was the last positive for Woods on the front side however, as he bogeyed six, seven and nine to go out in 37, 2 over for the day and three over for the tournament.

The 14-time major champ hit some memorable shots on the back nine – like the one below on 12 – but after a birdie on No. 10, he carded four bogeys across his final eight holes, finishing with a 76. At 6 over, Woods won’t be around for the weekend at Riviera, only the 17th time he’s missed the cut as a professional.

Grip it and rip it, @TigerWoods!

What a shot. #QuickHits pic.twitter.com/8F7zzzyqwN 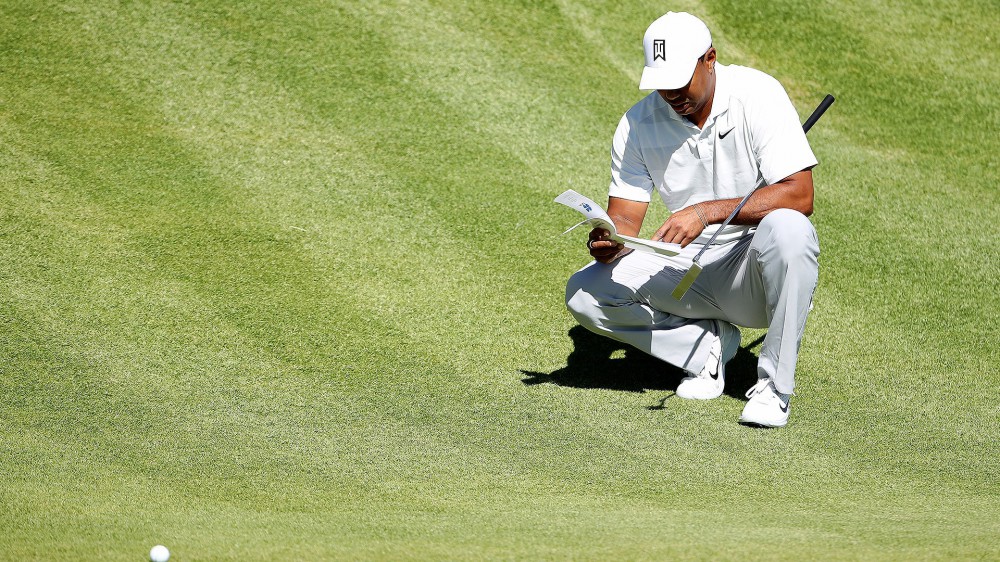 How to watch The Open on TV and online

Big-hitting Finau once again in mix at 'favorite' Riviera