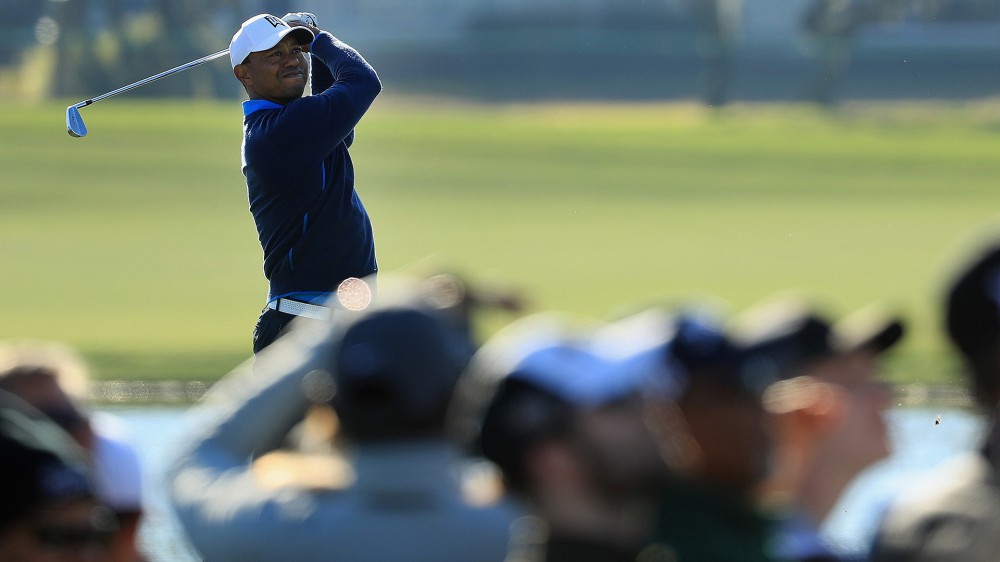 Tiger Woods got off to a hot start on a chilly morning at Bay Hill Club & Lodge. Here are some highlights from his opening round at the Arnold Palmer Invitational.

Starting on the back nine, Woods picked up his first birdie of the day at the par-5 12th.

He made it two-in-a-row with this birdie at the par-4 13th, and just missed a birdie putt at the par-3 14th for three straight.

Tiger is tied for the lead early @APInv. #QuickHits pic.twitter.com/LsRYxIg4wS

He's walking them in.

Tiger is tied for the lead and -3 thru 7. pic.twitter.com/rgejomFh4p

Woods parred his final two holes on his opening nine to make the turn at 3 under par, and in a share of the lead.

After a few pars to start his second nine, Woods ran into trouble at the par-4 third. He blew his 3-wood out of bounds, right, had to re-tee and made double bogey.

Woods, though, responded quickly with a birdie at the par-5 fourth and added another at the par-5 sixth, thanks to this nifty shot:

Those got him back to 3 under par and allowed him to reclaim a share of the lead. One hole later, the lead was his alone, thanks to this 71-foot birdie at the par-3 seventh.

After a par at the eighth, Woods got up and down from a greenside bunker at the par-4 ninth to conclude a 4-under 68, which left him one back of Jimmy Walker (67) when he entered the clubhouse.

Clutch par to close out Round [email protected] finishes at 4-under 68.#QuickHits pic.twitter.com/VG6BI46fQC