AUSTIN, Texas — Tiger Woods appeared very much out of the 10th hole on Thursday during his match with Brandt Snedeker, when he sailed his approach at the par 4 into a bush behind the green.

As Snedeker was looking over a 30-footer for birdie, Woods got down on his knees in the dirt, turned his club upside down, and started rehearsing left-handed swings from under the branches.

“It’s just the kind of stuff he pulls,” Snedeker continued, laughing. “I don’t know what he did. I don’t know how he got that up-and-down. Nobody else would probably even try to hit it. And somehow he hits it out to 5 feet.”

Woods and Snedeker ended up tying the hole. When they did get to 11 tee, with the match still 1 up, Snedeker couldn’t help but comment.

“I told him on the next tee, ‘I might have rethink how I do match play, because I played that second shot according to you being in the junk.’ And I actually had a harder par, it turned out, than he did,” Snedeker said, referring to the 4-footer he needed to hole so as not to lose to a guy who just played left-handed from a bush.

Snedeker eventually closed out Woods on the 17th green, 2 and 1, but he could only enjoy the victory so much. He still needs a win Friday to guarantee a trip to the Round of 16. That, and he probably spoiled his family’s afternoon.

“I bet you my kids were probably rooting for [Tiger] late in the round,” he said. 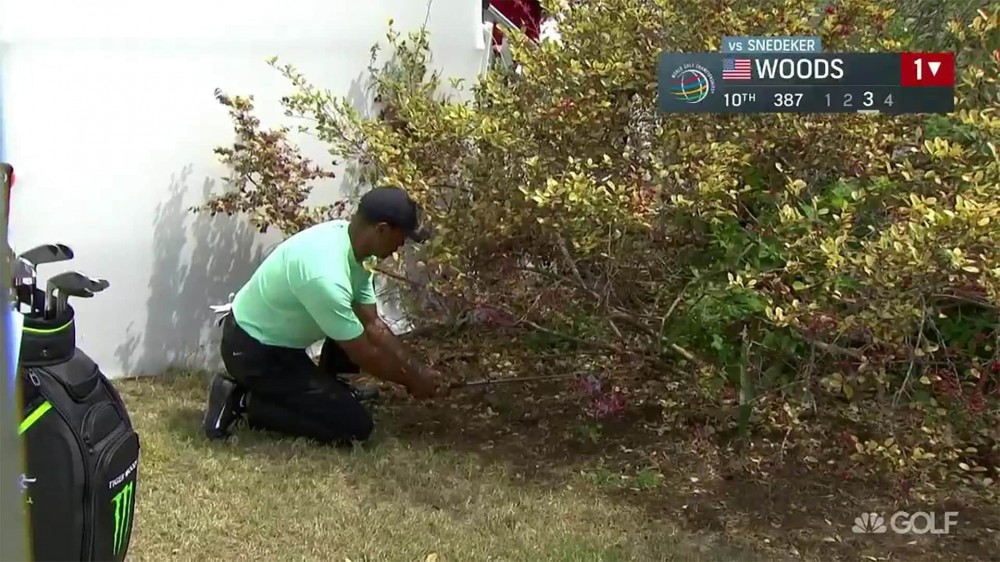