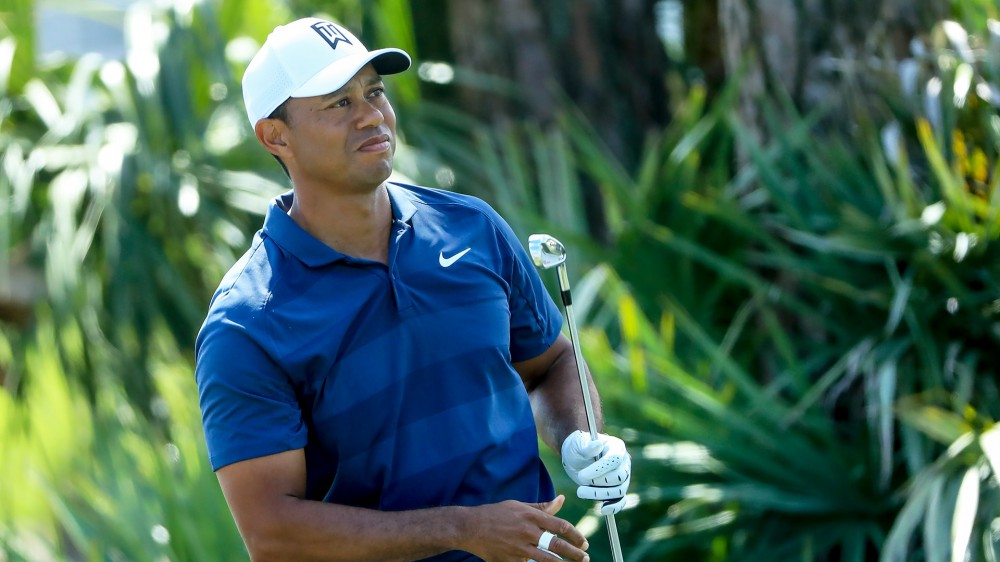 Tiger Woods was in almost total control of his game for the majority of his third round Saturday at PGA National. And although he was once again bit by the Bear Trap, the 14-time major winner tapped in for birdie at the par-5 18th to post a round of 1-under 69 and fight his way back to even par for the week.

Four back to start the day, Woods parred his first seven holes before pouring in his first birdie via this flagged iron from 139 at the par-4 eighth:

[email protected] collects his first birdie of the day.

Woods hit three more quality approaches at 9, 10 and 11 but couldn’t get a putt to drop.

[email protected] leads the field at @TheHondaClassic in proximity to the hole.

These are his last four approach shots. pic.twitter.com/nRH6uOlDVp

The lid finally came off the hole at No. 12 when he holed a key 17-footer for par to keep his scorecard clean.

One hole later, Woods added a second circle to that card, converting this 14-footer for a birdie-3 that moved him back into red figures at 1 under par for the week.

And now, the putter raise pic.twitter.com/gW5HDorWSr

Unfortunately, the Bear Trap would ensnare Tiger for the second day in a row. Woods, whose iron play had looked as crisp as it had in years, sailed approaches long and left at both the par-3 15th and par-3 17th, leading to bogeys which erased the two birdies he worked so hard to secure.

But just like on Friday, Woods rallied back with a late birdie, this one at the home hole, to steal back a shot.

[email protected] finishes Round 3 of @TheHondaClassic with a birdie and shoots a 1-under 69.#QuickHits pic.twitter.com/ajgxLmBnJl