Phil Mickelson was benched for all of Day 2 at the Ryder Cup after a disastrous Friday fourballs session, but like a true team player he found other ways to contribute … like letting his teammates rub his belly.

Yes, you read that right.

Mickelson has been part of plenty silly superstitions and celebrations throughout the years in these international competitions, and Saturday at the Ryder Cup was no different, as cameras caught Jordan Spieth and Justin Thomas rubbing the 48-year-old’s belly for good luck:

With the U.S. needing a big rally to climb back into things, they’re going to need as many Mickelson belly rubs as they can get, and a few holed putts would probably help their cause, too. 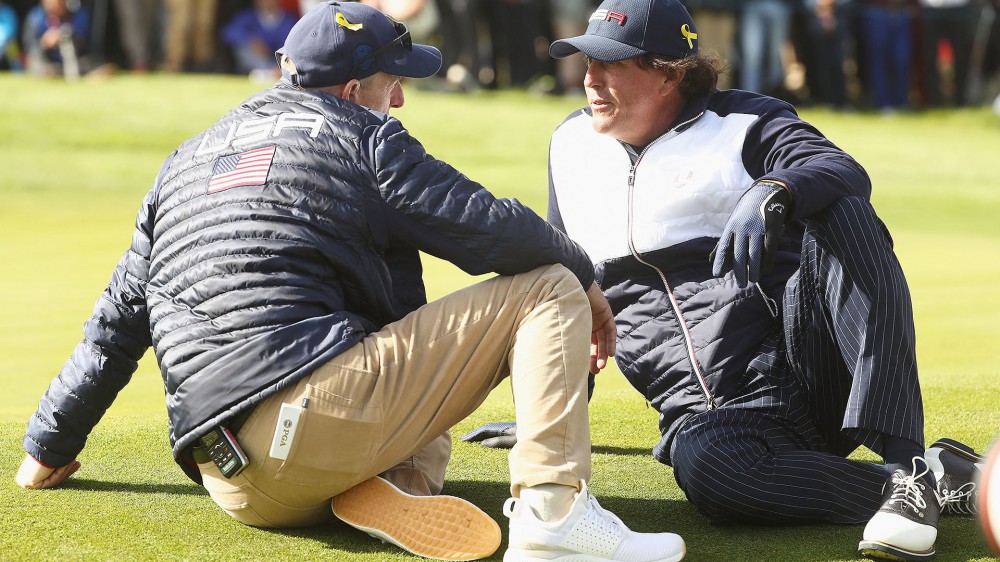