Watson channels 2012 hook for shot in Round 2

AUGUSTA, Ga. – It wasn’t the 10th hole with the green jacket on the line, but Bubba Watson faced a shot Friday during the second round of the Masters that was more challenging than his memorable hook shot that helped him win six years ago.

Standing in the right trees, 205 yards away from the green on the treacherous par-4 11th hole at Augusta National, Watson’s caddie Ted Scott simply wanted his man to take his medicine and punch the ball out down the fairway.

That wasn’t going to happen.

“I said ‘I have to do this, I’ve done it before’ and so he let me just free-wheel it and do it,” Watson said.

Watson took a big swing with an 8-iron, which resulted in an awkward Arnold Palmer-type follow through that produced a beautiful result. The ball rolled onto the green and ended 25 feet beyond the hole. He two-putted for par after being in jail off the tee.

“I tried to hit a low 8-iron,” Watson said. “The key was hooking it. If you over hook it you still have a chance to get up and down.”

Watson won his first green jacket in 2012 with similar heroics. On the second sudden-death playoff hole against Louis Oosthuizen, Watson blew his tee shot well right on the par-4 10th hole. From 144 yards out, Watson hooked his ball 40 yards with a 54-degree wedge and landed it 10 feet from the hole. He missed the putt but par was good enough for the victory. 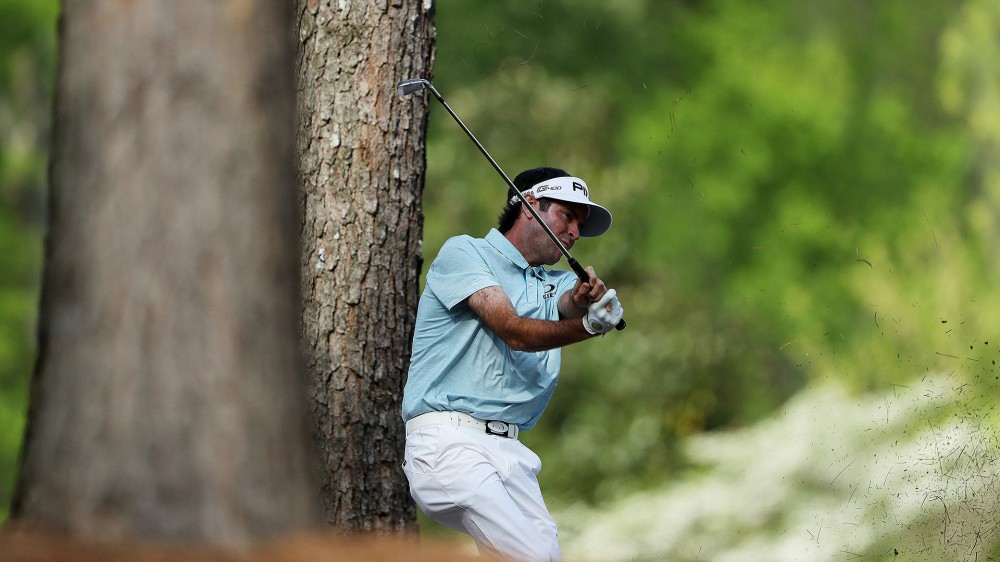 Fitzgerald's offseason continues with round with Woods