Watson charges into lead, but fades late at Senior Open

Five-time Open champion and three-time Senior Open champion Tom Watson once again dialed back the clock Saturday at St. Andrews, but only for 13 holes.

The 68-year-old got off to a magical start in Round 3, making the turn in 3-under 33 thanks to this improbable eagle at five …

… and this follow-up birdie at six:

Following a dropped shot at the 12th, Watson took the outright lead by two at 10 under par when he became the first player in the field to record a birdie at 13, pouring in this impossibly long putt for his three:

But his lead would quickly vanish. Watson found a pot bunker at the par-5 14th, leading to a double bogey, and would drop two more shots on his way in, at Nos. 16 and 17, to sign for 1-over 73 and finish his round 6 under for the week, three off the lead held by Miguel Angel Jimenez.

“I made some mistakes and I paid the penalty for them,” Watson added. “I didn’t play a very good second shot at No. 14. I put it in one of the little pot bunkers and ended up making seven there and double bogeying. That didn’t make me very happy there.

“But all in all, I hit some quality shots today, and I was happy about the way I played. It was a tough golf course. She was tough today.

“It’s good to be in [contention], I wish I had just been a couple shots lower, because … players seem like they always bunch up on this golf course. I’m in a bunch just behind the leaders, and I’m going to have play some really good golf tomorrow to come out in front.” 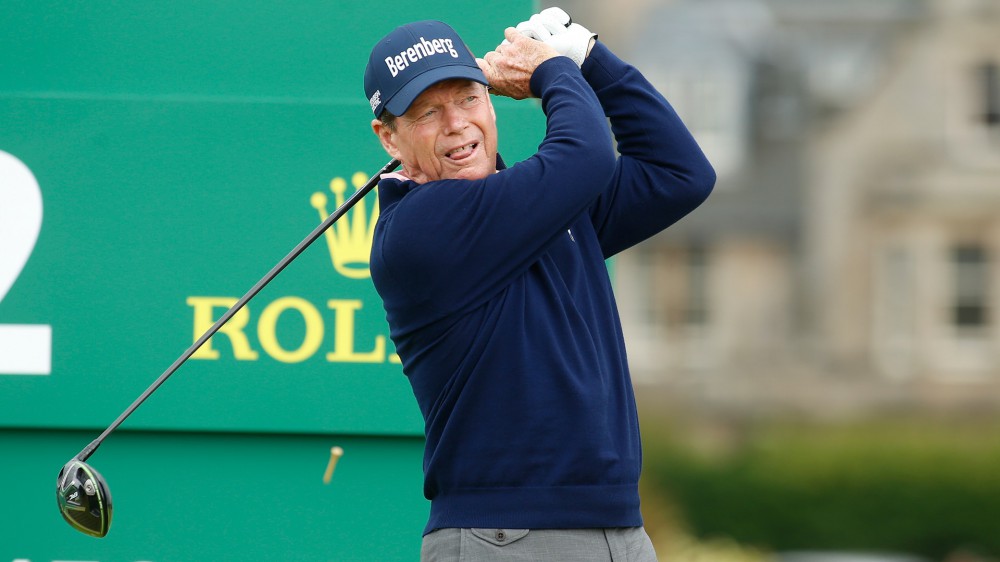