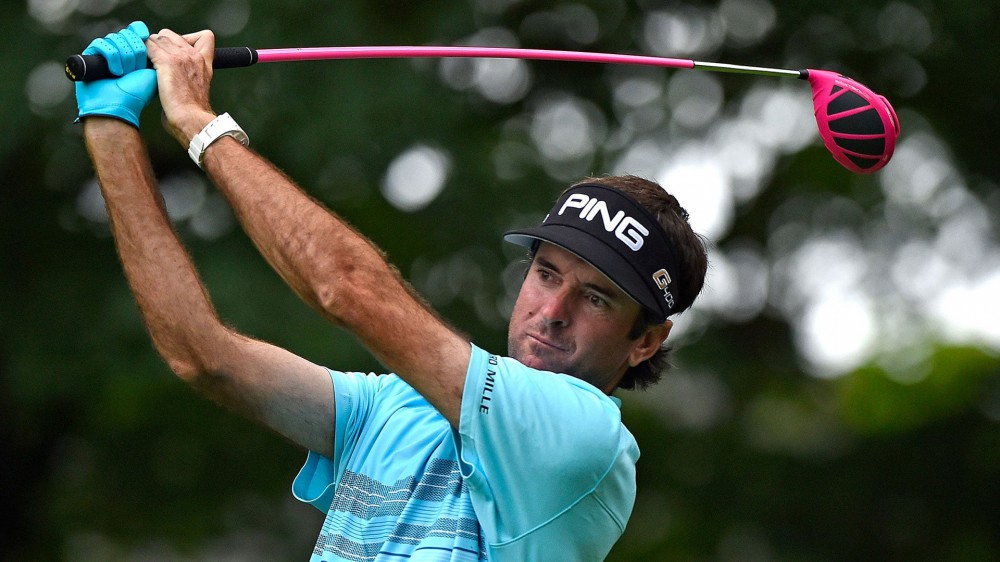 After months spent struggling to find his form, Bubba Watson is starting to contend with some regularity.

The two-time Masters champ broke out of a lengthy slump with his T-6 finish last month at the Memorial Tournament, and he was on the leaderboards through 36 holes at The Open before fading to a tie for 24th. Watson continued his upward trend Thursday at the RBC Canadian Open, where he shot a 6-under 66 to move within a shot of co-leaders Hudson Swafford and Brandon Hagy.

“I had a couple, I would say maybe two wayward shots, two mistakes that I can think of,” Watson told reporters. “Other than that, though, it was a good day.”

Watson made it around Glen Abbey Golf Course without dropping a shot, where he birdied each of the three par-5s on the back nine.

It’s his first round in Oakville, Ontario since he was edged by Jason Day for the title back in 2015. While the style of golf required this week is a far cry from the conditions he experienced last week at Royal Birkdale, Watson feels up to the challenge.

“We’re athletes, so it’s pretty simple. Just golf,” he said. “It’s no big deal. You play golf one way and then you play golf another way. You have firm conditions and you have soft conditions. So we are used to change on a quick note there.”