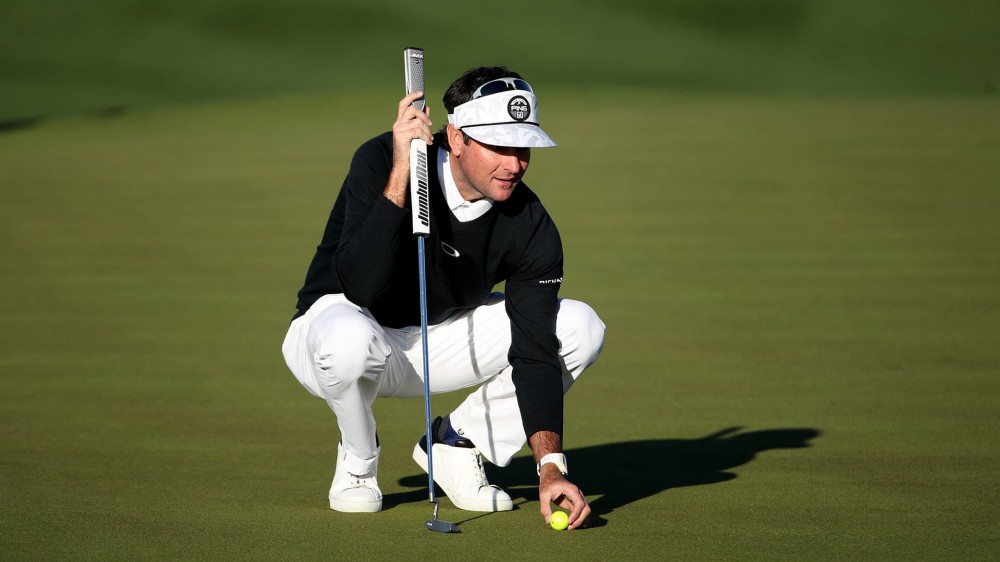 SCOTTSDALE, Ariz. – Bubba Watson’s alarm clock went off at 5 a.m. Friday. By that time, he already had a few texts from Bryson DeChambeau, who is playing this week in Saudi Arabia.

DeChambeau is also Watson’s new putting coach of sorts. Watson has cracked the top 100 in strokes gained: putting just once in the past 10 seasons, so he figured he had nothing to lose in seeking out help from the Mad Scientist.

From one artist to another, one could say.

Watson, who recently changed drivers and put in play a yellow ProV1 golf ball,  is trying out a long putter with a JumboMax grip for the first time this week. He is also using the same arm-lock method that DeChambeau has used to win four times in nine starts.

“It’s just the setup of the putter,” Watson said. “The putter’s longer, so it’s set up on the forearm, so that’s really all. I’m not asking for like tips on how to read greens, I’m just asking about how to do (the method), how to set it up and how to get it in the right position. That is the kind of stuff I want to know.”

Though Watson finds himself in contention at the midway point at TPC Scottsdale, the putting change has still been a difficult adjustment. He’s yet to gain any shots on the field while taking 62 putts.

Still, Watson is committed to giving the switch a chance.

“The only hard part is the lag putting,” Watson said. “I had two three-putts today just because of lag putting, trying to get that right, because it’s a different feel. Inside 15 feet, though, it’s a no-brainer. It feels so solid. I might not make all the putts that I want to make, but that’s what golfers do, right? They complain about not making enough.”

Regardless of how he putts this week, Watson will no doubt have plenty of feedback to share with his new putting “coach” during their next “lesson” in two weeks at Riviera, where Watson is the defending champion.