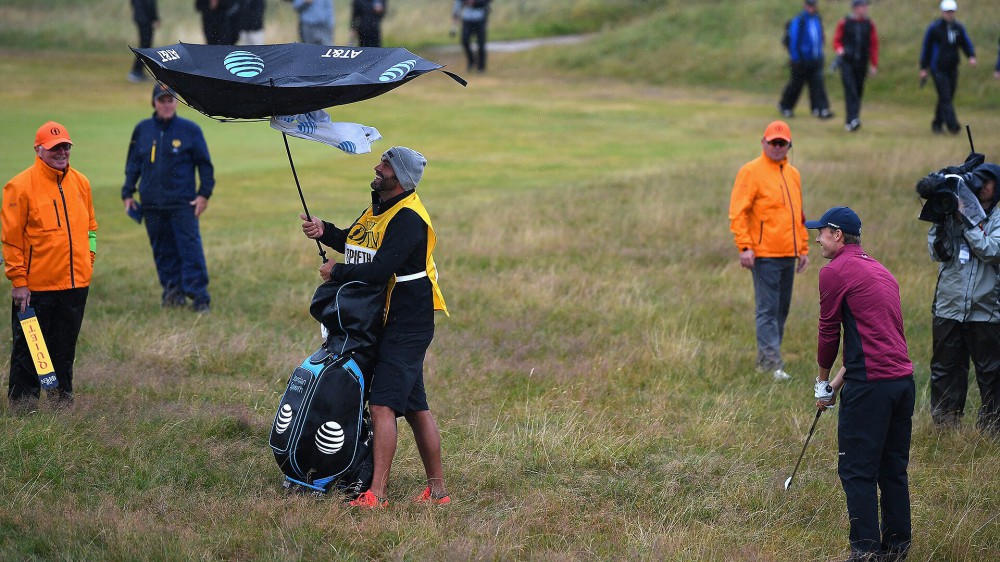 SOUTHPORT, England – Although initial indications suggested this week’s draw at The Open would be one-sided, a break in Friday’s forecast helped even things out.

The scoring average for the early Thursday/late Friday starters, a group that included 36-hole front-runner Jordan Spieth, was 73.18; compared to 72.78 for the late Thursday/early Friday side of the draw.

Those who played late on Thursday were met with almost ideal conditions and the forecast called for a 100 percent chance of rain on Friday afternoon, which would have likely skewed scoring in favor of the late/early wave.

But those late storms never completely materialized with only periodic bouts of rain and spells of slightly less wind than the 30 mph gusts faced by those who played in the morning on Day 2.

The leaderboard also paints a relatively even split between the draws, with Spieth and Brooks Koepka, who is tied for third place, playing on the early/late side; and Matt Kuchar, alone in second, and Ian Poulter, who is tied with Koepka, on the late/early side.