Home Golf News & Information Webb Simpson, Brendon Todd feed off each other in first round of Wyndham Championship 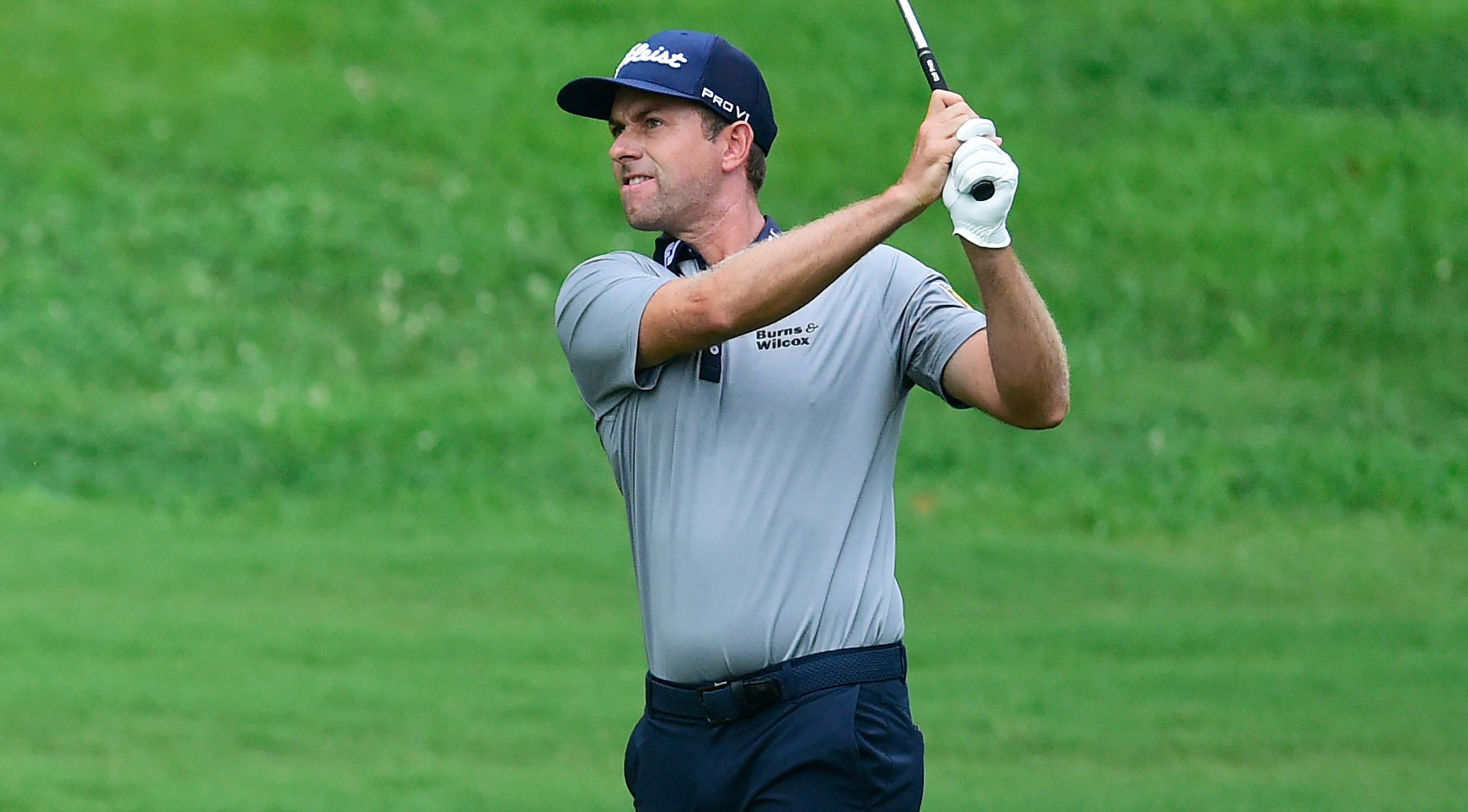 GREENSBORO, N.C. – Thursday’s first round of the Wyndham Championship was a back-to-the future kind of day for Webb Simpson and Brendon Todd.

The two childhood friends, each with a pair of PGA TOUR victories this season, were paired together alongside Sungjae Im at Sedgefield Country Club, which is about 90 miles from the greater Raleigh area where the two grew up.

Simpson had the edge on Thursday, shooting 66 on a course where he won in 2011 and has finished third or better each of the last three years. Todd signed for a 68 that would have been one better had he not missed the green and bogeyed his final hole.

“I love playing with Brendon,” Simpson said. “… I feel like we feed off each other and it’s always a good day.”

There have been many battles over the last two decades, albeit without stakes as high as the FedExCup points and Wyndham Rewards payout the two are vying for this week. The 35-year-old Simpson is looking for his eighth TOUR title while Todd seeks win No. 4.

The dream was always to get to this point, but as we all know life offers no guarantees. So even Simpson, who overcame an early double bogey Thursday with six birdies in his next 10 holes, admits that competing head-to-head now at the game’s highest level each week is “pretty cool.”

“I think we could have imagined it then, but you know, to go on to professional golf and have the success that we’ve had, especially his success, you know, we would have pinched ourselves and signed right up for that career, for sure,” Todd agreed.

Todd moved to Cary, N.C., a Raleigh suburb, from Pittsburgh when he was 11 years old and almost immediately the two started squaring off in junior events around the state and the southeast. They became good friends, as well as rivals, and pushed each other to succeed.

“I think golf’s one of those games where whether you have a best friend you play against in tournaments or whether you’re just out there competing, tournament golf makes you better,” Todd said. “Strong work ethic is really important in this game and that’s something that both of us had from an early age.

“With or without each other, I think we could have gotten to this point. I think right now it just makes it more fun to have a childhood buddy out there you’re kind of competing against, pulling for.”

Simpson, who has a U.S. Open and PLAYERS Championship on his resume, will candidly say that early on Todd, a three-time state high school champ who went on to play at Georgia, got the better of him more often than the reverse. Todd, on the other hand, was quick to point out the 1999 N.C. Junior where his buddy beat him in the championship match.

In recent years, though, Simpson, the former Wake Forest All-American, watched as not once but twice his friend climbed back from golf’s abyss.

The seeds of the comeback were sown during the 2018-19 season after Todd finally steadied himself after the full-swing yips had led to a stretch of 38 missed cuts in 42 starts. Todd won twice, consecutively, last fall and finished solo fourth in his quest for three straight victories.

He’s continued his solid play since the restart after the COVID-19 break, too, holding the 54-hole lead at the World Golf Championships-FedEx St. Jude Invitational. Toss was the first-round pacesetter at last week’s PGA, as well.