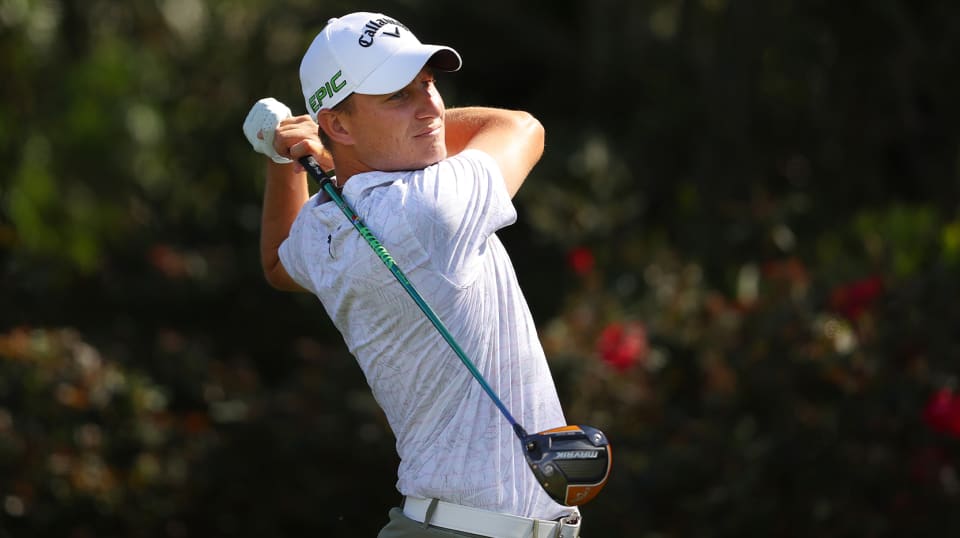 To paraphrase Ferris Bueller, the PGA TOUR moves pretty fast, so if you don’t stop and look around once in a while, you could miss it.

OK, so it’d be hard to miss a sport that never takes a week off, but if you do stop and take a moment to review directly what’s in front of you, make it snappy because you could get lapped in a hurry.

The World Golf Championships-Dell Technologies Match Play begins as usual on Wednesday. Because of the likelihood of inclement weather later in the day, tee times have been moved up two hours. So, Rory McIlroy and Ian Poulter will get the five-day competition started at 7:45 a.m. CT.

Customize your bracket the traditional way or consider using the “AUTOPICK” feature. When that window launches, you’ll see options to “Autopick by Seed” and “Autopick by Odds.” You’ll also see a blue rectangle beside “@ROBBOLTONGOLF’S PICKS” stating “Use Picks.” That will load my bracket, which I will not modify. If you choose any of these autopicks, you still can customize your bracket.

Because it’s often overlooked, remember to select a “3rd Place Match Winner.” You cannot “Save Picks” until this is completed.

PGA TOUR Fantasy Golf includes only the Corales Puntacana Resort & Club Championship for which I wrote a Power Rankings. The Power Rankings Wild Card, Draws and Fades below apply only to it. Returning to Competition and Notable WDs are segregated by tournament.

ShotLink technology is not used at Corales, so you’re targeting only actual scoring and leaderboard finish. Because of the construct of the 132-man field, it’s fair to say that you won’t need to consider rationing starts in Segment 3 for anyone. So, it’s the lightest lift of this week’s duties. Then again, getting four to the weekend in an additional event always is a sweat. If it doesn’t happen, I weep for the future.

Last but never least, there’s also the matter of the Masters exemptions that will determined at the conclusion of the weekend. The top 50 in the Official World Golf Ranking will qualify. Everyone from Carlos Ortiz at 45th in the current OWGR through Jordan Spieth at 54th already is exempt, so it’s probably mathematically impossible that Robert MacIntyre, for example, could tumble from 44th to 51st or worse in one week. The lefty from Scotland is the worst-ranked golfer inside the current top 50 not yet exempt into the Masters, but he’s probably not losing sleep over the possibility of it slipping away. What’s more, he can control his destiny at the Match Play.

That leaves Russell Henley at 55th as the highest-ranked outside the top 50 and not yet eligible for the Masters. Kevin Streelman (58th) and Brian Harman (59th) fall in line right behind. They also are competing in Austin.

POWER RANKINGS WILD CARD
Charles Howell III … If you’re on the Twitter and you can find the at-replies directed at me, you’d have thought that CH3 was the snubbiest snub of the snubs. Fact is, I’ve turned a corner on the 41-year-old. He’s now two years into an uncharacteristic drought on the West Coast. Despite the promise of the variables after his personal-best T9 that he end-loaded with a Sunday 66, he’s better utilized as insurance in PGA TOUR Fantasy Golf than a front-runner. It’s why he didn’t crack the Power Rankings proper.

DRAWS
Camilo Villegas … Fell short of meeting the terms of his Major Medical Extension at The Honda Classic, but he’s still fresh off a T8 at PGA National where he paid off above-average ball-striking with even better putting. It’s always tough to gauge how much a medical extension impacts focus and patience. Some guys acknowledge the pressure, while others are more comfortable with whatever happens. The 39-year-old Colombian profiles as the latter. Although conditional status doesn’t guarantee a full schedule, he’s poised to be the recipient of any sponsor exemptions for which he applies, when necessary. At 111th in the FedExCup, he’s even more motivated to keep the rally rolling in his debut at Corales.

Nate Lashley … He’s been a horse for a handful of courses, Corales included. Prevailed in the last Korn Ferry Tour event held here in 2017 and finished fourth in September. His scoring average in 10 rounds of PGA TOUR-only action on the course is 69.80. Also struts in with five consecutive cuts made sparked by a T17 at home in Scottsdale, Arizona, and a sporty T5 at Pebble Beach.

Patrick Rodgers … The road warrior is making his 10th consecutive start, and that’s OK. The recent first-time father is used to it and he can handle it at just 28 years young. Trips to Corales also have explained why he makes the effort. He’s 2-for-2 with a T22 in 2018 and a T11 earlier this season.

Lucas Herbert … I’m tiptoeing into the Aussie’s possibilities because of his cachet. Still hasn’t caught fire on the PGA TOUR, but his baseline is higher than most. Needs to win to consider qualifying for the Masters (via the OWGR).

FADES
Brandon Hagy … Can’t rule out the influence of the Nappy Factor at PGA National given he became a first-time father seven months ago, but he’s had plenty of opportunities since to connect with the phenomenon. He’s missed seven of 12 cuts this season, including at Corales a month after his daughter was born.

Sam Ryder … Similarly inconsistent to Hagy, Ryder is 125th in the FedExCup with only six cuts made in 15 starts and both of his top 35s are top 10s, including the T8 at PGA National on Sunday. Stick with deeper full-season formats for both talents.

Graeme McDowell … If not for the eligibility adjustments triggered by the pandemic, he’d be in a world of hurt to chase his card for next season as he’s currently 213th in the FedExCup with only two paydays in nine starts, neither of which for a top 40. Instead, his victory here two years ago keeps him fully exempt through 2021-22.

Joel Dahmen … Top 15s in both prior appearances, but he’s a trap for course-history buffs given the extent of his tailspin in 2021. Only one cut made (T60, Pebble Beach) in seven starts this year.

RETURNING TO COMPETITION – Match Play
Matthew Wolff … Hasn’t competed since opting out of the WGC-Workday before his second round. An explanation wasn’t released. His opening 83 included a lapse of concentration when he struck his ball during a practice stroke on the green. A month before that, a sore right wrist forced him to withdraw after a first-round 78 at Torrey Pines, but he made two cuts in as many starts in the interim. Drew a formidable pod that includes Matt Fitzpatrick, Corey Conners and Jordan Spieth. Wolff and Conners are debutants.

Kevin Na … Called it quits after opening THE PLAYERS Championship with an 81 and a sore back. His return is rewarded with a spot in the opening pod that includes top-seeded Dustin Johnson.

Daniel Berger … Sat out The Honda Classic to rest an injured rib through he played and netted a T9 at TPC Sawgrass the previous week. Opens in the same pod as …

Harris English … He’s been sidelined since withdrawing early from THE PLAYERS Championship with a sore back. He connected for a T26 at Bay Hill the week prior, but the longer-range trajectory since the emotional win at Kapalua is uninspiring. Sets up as a bracket buster for those who aren’t paying attention.

RETURNING TO COMPETITION – Corales
Danny Willett … Back in action for the first time since testing positive for COVID-19 ahead of THE PLAYERS Championship.

NOTABLE WDs – Match Play
Tiger Woods … Held on at No. 56 in the OWGR, but his consideration to get back inside the ropes is on the back burner as he continues his long recovery from injuries sustained in the automobile crash on Feb. 23.

Brooks Koepka … Out indefinitely to recover from surgery on his right knee. He gained entry as the 12th-ranked golfer in the world.

Adam Scott … Planned break. He hasn’t competed in the Match Play since 2016. Ranked 25th in the OWGR when this week’s field was determined.

Justin Rose … Hasn’t played since walking off Bay Hill during his third round of the API on March 6 with discomfort in his lower back. Qualified at No. 38 in the Official World Golf Ranking, but he may not have competed, anyway. His return to the competition in 2019 was his first in three years at the time.

Gary Woodland … Withdrew early from The Honda Classic after testing positive for COVID-19. Despite a rough go for months in part due to a torn labrum in his left hip, he qualified at No. 51 in the OWGR. Currently 173rd in the FedExCup.

NOTABLE WDs – Corales
Charl Schwartzel … Perhaps if he wasn’t exempt into the Masters for life, he’d have honored his commitment, but individual schedules always are a-shufflin’. He went just 1-for-3 on the Florida Swing (T53, Honda), so this is his first break in four weeks. Sits 131st in the FedExCup.

Anirban Lahiri … Disappointing exit because he placed T6 here in September. Primarily on the shoulders of that and a T11 in Bermuda, he’s 117th in the FedExCup, but he’s cashed just once in his last six starts (T39, Puerto Rico).