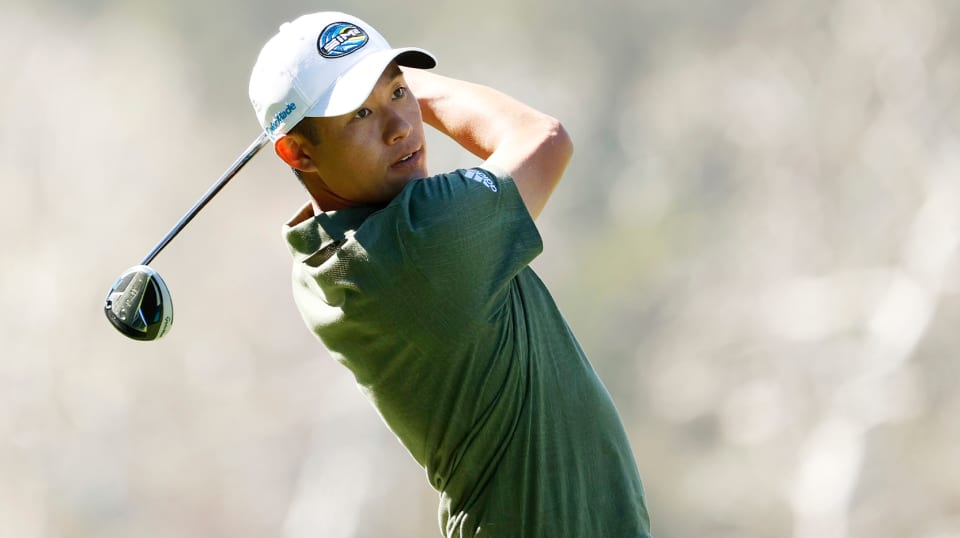 Every PGA TOUR doubleheader presents additional attention, but two significant events on the schedule updated their qualifying criteria immediately before and after the weekend.

On Friday, membership was informed that the top 125 in the 2019-20 FedExCup was eligible for THE PLAYERS Championship in two weeks. It’s a traditional exemption, but it wasn’t extended originally because of the shortened 2019-20 season due to the pandemic. It has been replaced by an exemption to the top 125 in a special points list extending from the beginning of last season through this week’s doubleheader. That unique exemption still applies, so both lists will yield automatic qualifiers into what will be a larger field at TPC Sawgrass. Until then, 69 more golfers have been confirmed as exempt.

On Monday, the USGA released its qualifying criteria for the U.S. Open in June. As expected, the majority of the traditional criteria remained the same, but a couple of adjustments were made due to the pandemic. The news means that 48 golfers officially are eligible to compete. In time, the field will grow to be 156.

The Qualifiers page that I maintain is current with both waves of entries and details of the changes to the U.S. Open criteria. It also includes all remaining qualifying criteria for the U.S. Open in its customary position below the alphabetical list of all qualifiers.

Turning our attention to PGA TOUR Fantasy Golf, the World Golf Championships-Workday Championship at The Concession is the penultimate stop of Segment 2. With no cut and a strong helping of international non-members, you shouldn’t have any problem juggling it with next week’s Arnold Palmer Invitational presented by Mastercard.

For any golfers for whom you have only one start remaining and you might not want to burn it at The Concession, the logical approach if to keep one or two of those guys on your bench until the field for the API is released on Friday afternoon. From there, you can decide what to do based on who’s committed at Bay Hill and how you’re faring in real time this week.

POWER RANKINGS WILD CARD
Collin Morikawa (+4000) … He’s way ahead of the curve, obviously, so we can dismiss the youth factor from eliminating him from the test presented. He’s so proficient tee to green that he’s ideal to illustrate the value of ball-striking over putting on greens with which very few in the field are familiar. Yes, touring professionals adapt faster than anyone, but all things being just about equal upon entry, his skill set gives him a fairer chance to contend over a peer with the reverse split.

DRAWS
Joaquin Niemann … Inspired to provide a major assist to his cousin, the 22-year-old has been on a heater since a T3 at the BMW Championship in late August. He does everything exceptionally well and he’d be on everyone’s short list to pick off a victory in a WGC sooner than later.

Sungjae Im … Set off bells and whistles – and not the preferred varieties – when he, gasp, took two weeks off, but he’s locked in. He’s also balancing, gasp, rest with what will be the rigors of the Florida Swing and beyond. It includes his first title defense at PGA National in three weeks.

Tommy Fleetwood … Humming along with three top 10s among six top 20s in his last 10 starts worldwide, none of which resulted in a missed cut. Not only is he an automatic in every format but he’s here to stay for a while. It’s like adding a front-line starter exactly when you need it in the middle of a MLB season.

Bernd Wiesberger … While normally a default Fade when he appears, the tide might be shifting into a positive direction. In what was his 56th career PGA TOUR start at The RSM Classic in November, the 35-year-old from Austria finally recorded his second top 10 on the circuit with a T4. He had been trending on the European Tour, but we’ve witnessed that trajectory before, and we’re always the wiser, but he’s since added two top 10s and a T25 in a 5-for-5 bridge over the holiday break.

Christiaan Bezuidenhout … Since a T15 in his native South Africa in mid-November, he’s picked off two wins at home and added two top 15s among three top 25s. A DFSer’s delight.

FADES
Hideki Matsuyama … Unlike Morikawa above, this ball-striker from Japan has not been playing up to his reputation of late. Yes, he’s inside the top 30 on TOUR in Strokes Gained: Tee-to-Green and par-5 scoring, and he’s missed only two cuts in the last seven months, but he hasn’t been putting four rounds together with enough regularity to warrant the reach in this field and on this course.

Jason Day … It’s harsh but I’m chalking up his T7 at Pebble Beach to the top-heavy field and his massive level of comfort on those courses. Worst case, because his value is low at the moment, stow him on your bench and remain patient for the what-if.

Harris English … Can’t say that he’s fulfilling the classic case of the freefall occasionally seen after an emotional victory, but it also can’t be ruled out. Since returning to the winner’s circle at Kapalua, he’s gone T32-MC-MC. Obviously, the short skid ends at The Concession, so the guarantee of four rounds elicits hope, just as it did on Maui, but it’s his first WGC in five years. Shop elsewhere.

Sebastián Muñoz … Turned the page quickly on the dreadful two days at TPC Scottsdale but it was just a T43 at Riviera that contributes to the rebound. It’s not unprecedented for any talent on the rise to bump into the glass barrier of the top 50 in the Official World Golf Ranking, and even veterans flirt with that bubble regularly, but it can require much more exertion to pierce the bubble than perhaps it seems. Only 28 years of age and having just recently scaled to a career-best 55th – he’s since slipped to 62nd – he’s within one solid week of breaking through, but gamers needs to respect the inconsistency at the moment.

RETURNING TO COMPETITION
None

NOTABLE WDs – World Golf Championships-Workday Championship at The Concession
Tiger Woods … Already on the mend from his fifth back surgery, he suffered injuries that required surgery after the car was driving near Los Angeles on Tuesday morning rolled over.

Paul Casey … It’s rare for him to pass on a WGC but the shakeup of the Florida Swing this season is an adjustment for all. Don’t sweat it. He’s already 4-for-4 in 2021 with a win in Dubai and no worse than a T12 (in Saudi Arabia).

NOTABLE WDs – Puerto Rico Open
Scott Harrington, K.H. Lee, Luke List and Scott Stallings … Each now is eligible for THE PLAYERS Championship via the top 125 in the 2019-20 FedExCup.

Kyle Stanley … Positioned 118th in the special FedExCup points list to determine entry into THE PLAYERS, so he’s a virtual lock to qualify.

Chesson Hadley and Hank Lebioda … At a respective 142nd and 143rd on the special points list, either would have to win the Arnold Palmer Invitational presented by Mastercard to qualify for THE PLAYERS.

Kevin Tway … He’d also need to win the API to get into THE PLAYERS, but gamers would settle for a cut made. In the last 12 months, he’s cashed only four times in 22 starts.

Chris Stroud … He’s out indefinitely with a back injury. Now that it’s been four months since his last start (MC, Sanderson Farms), he’s eligible for a medical extension in the graduate reshuffle category if he eventually needs it.

Alex Cejka … Open-qualified for the Cologuard Classic. It’s a heckvua way to debut on the PGA TOUR Champions.