Suzy Whaley was elected the first female president of the PGA of America on Friday. The historic occasion came at the associations’ annual meeting in Indian Wells, California.

Whaley has been in the public spotlight since she qualified for the 2003 Greater Hartford Open by winning the previous year’s Connecticut PGA Championship. Though Annika Sorenstam played earlier in 2003 at Colonial on a sponsor’s exemption, Whaley was the first woman to qualify for a PGA Tour event since Babe Zaharias in 1945. Whaley shot 75-78 to miss the cut.

Whaley, 51, is the director of instruction at Suzy Whaley Golf in Cromwell, Connecticut. She has been a member of the PGA of America since 2001 and has previously served two-year stints as secretary and vice president.

Whaley is the 41st PGA president. Jim Richerson, the senior vice president for business development for Troon, moved from secretary to vice president. John Lindert the director of golf and COO of The Country Club of Lansing (Mich.) was elected the new secretary.

The PGA of America consists of 29,000 golf professionals and also runs prestigious events, such as the PGA Championship, KPMG Women’s PGA Championship and the Ryder Cup [when hosted in the U.S.]. 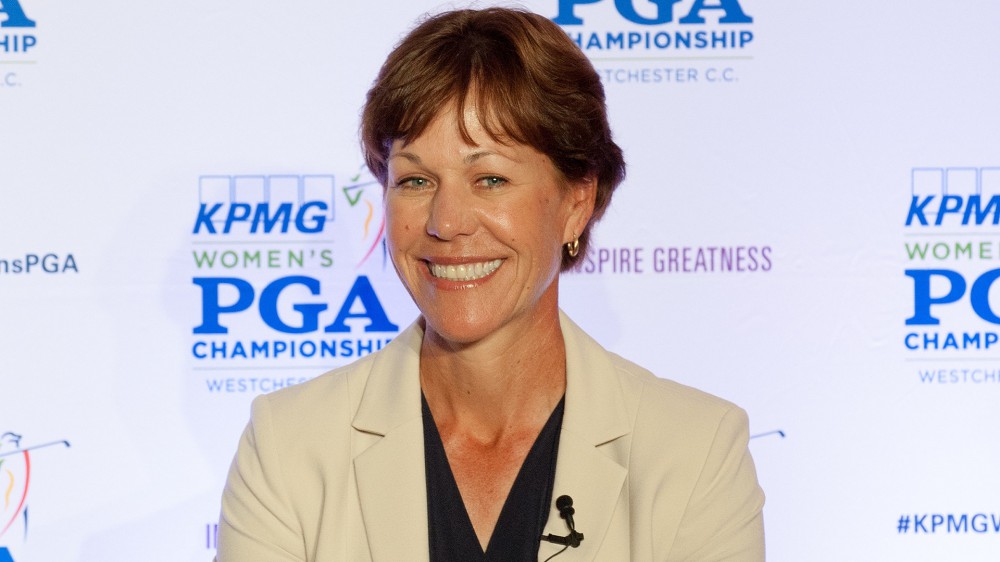