AUGUSTA, Ga. – Matt Wallace is making his first start in the Masters this week, so he probably didn’t know about the “curse.”

No player has ever won the Par 3 Contest and the Masters in the same year. The Englishman, however, hopes to break that tradition.

Wallace defeated Sandy Lyle, a two-time winner of the Par 3 Contest, on the third playoff hole Wednesday after both players finished tied at 5 under.

“I wanted to hole that putt on the last and I didn’t, and then went to a playoff and it got a little bit more serious than how the nine holes went and I guess I just I wanted to win this,” said Wallace, who used a hole-in-one on the eighth hole to help him get into the playoff.

In total, there were four holes-in-one during Wednesday’s annual contest. Shane Lowry aced No. 2, Devon Bling made a hole-in-one at the seventh hole and Mark O’Meara holed out at the fifth.

“I think it was 127 or 128 yards and I hit a 9‑iron and Brooks [Koepka] was like, ‘Wow, that looks pretty good,’ when it was in the air and I’m like, ‘Yeah, yeah, whatever,’” said O’Meara, who won the 2007 Par 3 Contest. “It hits about literally 3 inches behind the hole and must have went and came back just a little bit and went in the hole for a hole in one. So that was exciting.” 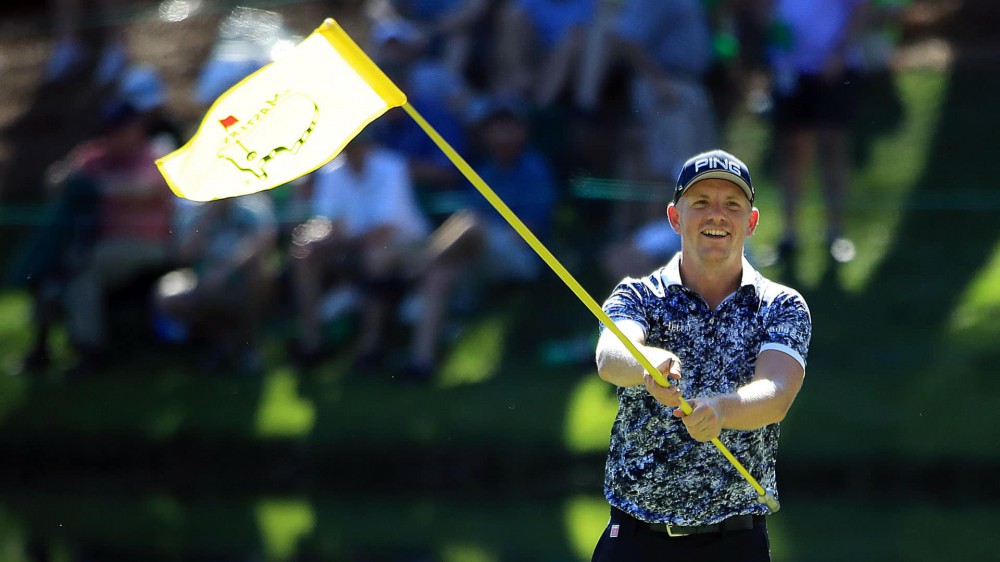