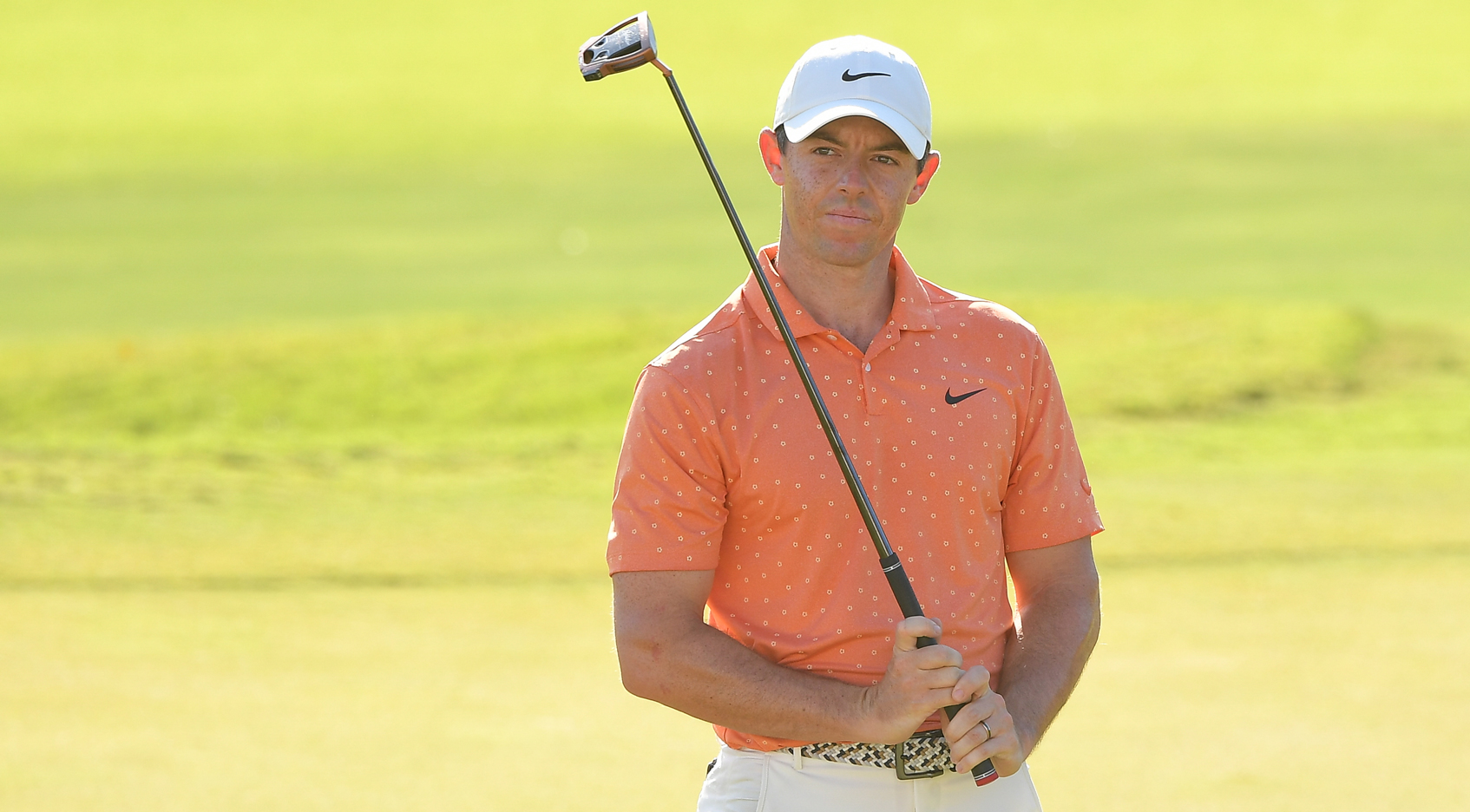 ATLANTA – What are the odds? The odds that Rory McIlroy’s second shot would find that little lake, the one that so many golf balls fly easily over during the TOUR Championship.

It turns out that just 1.2% of second shots on East Lake’s 18th hole (formerly the ninth) are hit into the water.

McIlroy topped his second shot. It traveled less than 30 yards before nose-diving into the water.

So, what happend? We’ll let McIlroy take it from here. He was gracious enough to speak to the media after making that mistake on his final hole of the day. Here’s what he had to say:

“The lie was sort of iffy. My biggest concern was trying to carry the first bunker on the right there, and I knew I needed to hit it really hard and I swung hard at it, and I got it maybe like right in the middle of the ball. … I felt like if I tried to sweep it, it would be better, and I just sort of came up on it a little bit.

“Probably in hindsight trying to take on a little bit too much. So yeah, and then it would have been nice to get away with a par. It wasn’t to be.”

McIlroy made bogey on 18, as did playing partner Justin Thomas. There has been just one other bogey on that reachable par-5 this week.

McIlroy shot 71 on Saturday after signing for Friday’s low round, a 6-under 64. He will start the third round five shots behind leader Dustin Johnson.