What The Great Putters Do

So many golfers hear that they should chase the ball to the hole with the putterhead to accelerate the club through impact and keep the putt on line. But that thought is actually counterproductive to making putts. The only thing chasing the ball should be you, after it goes in.

Following that advice can restrict the stroke, blocking the face from releasing naturally and pushing the putt off line. Often, grip pressure that is too tight accompanies this "chaser" stroke. Instead, you want very light pressure, like Jordan Spieth uses. This allows the face to close and move back to the inside of the line of putt after impact. That is a natural stroke with no manipulation. Nothing is contrived, and a closing face creates a smoother roll.

There are a few good putters who shut the clubface going back and then open it through impact. They can get on hot streaks, but this technique is hard to rely on.

To be clear: The opening and closing of the face is subtle. You'll hardly notice it if you're watching a good putter. But it's important.

It doesn't matter if you have a pop stroke like Brandt Snedeker or a longer stroke like Ben Crenshaw. Let the putter swing naturally. And don't chase the ball. —With Roger Schiffman 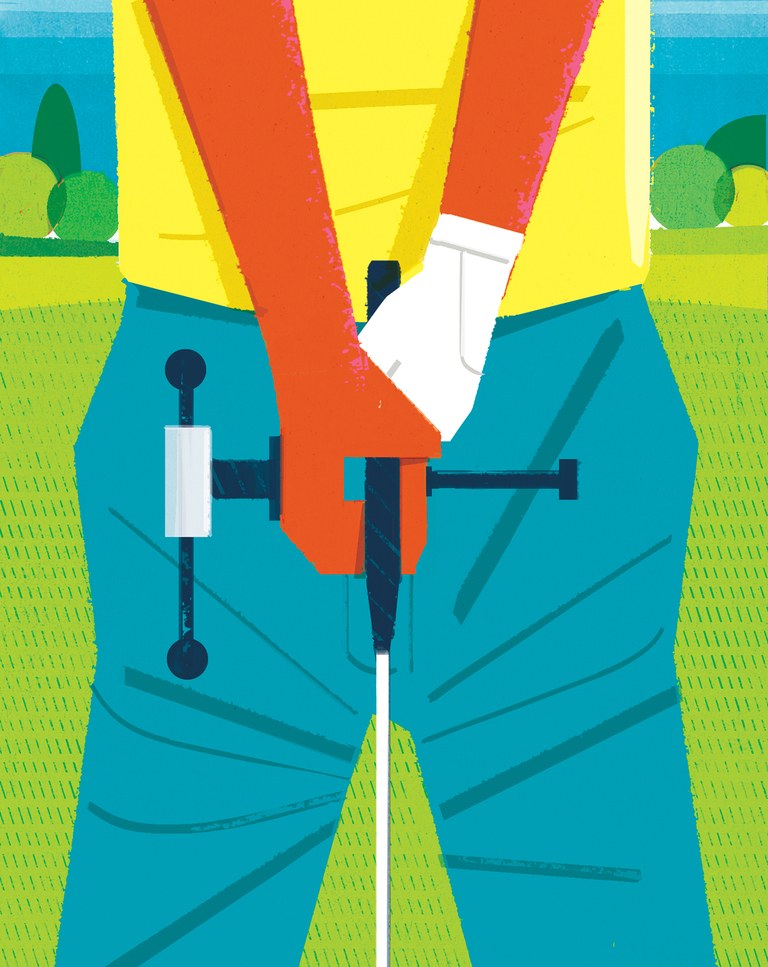