SOUTHAMPTON, N.Y. – In the 117 U.S. Opens that have been played before this week, this is new.

Although there’s no way to know for sure, Garrett Rank, an NHL referee who qualified for this week’s championship, recently had what has to be an unprecedented conversation.

Rank, 30, carded rounds of 71-71 at the Georgia sectional qualifier to earn his spot in the U.S. Open. Not bad for a guy whose day job included 73 regular-season NHL games and three playoff games this season. In fact, during the 2017-18 season, Rank said he played just three rounds of golf while he was on the road.

The Canadian has played well in USGA championships before, finishing runner-up at the 2012 U.S. Mid-Amateur and advancing to the semifinals twice at the U.S. Amateur Four-Ball. Although he grew up playing hockey, he said he was always drawn to golf.

“Growing up in Canada, you’re kind of born with a pair of skates on your feet so hockey is probably our No. 1 sport. But golf is getting there,” he said.

Rank will be paired with fellow Canadian Mackenzie Hughes and Australia’s Aaron Baddeley for Rounds 1 and 2 at Shinnecock Hills. 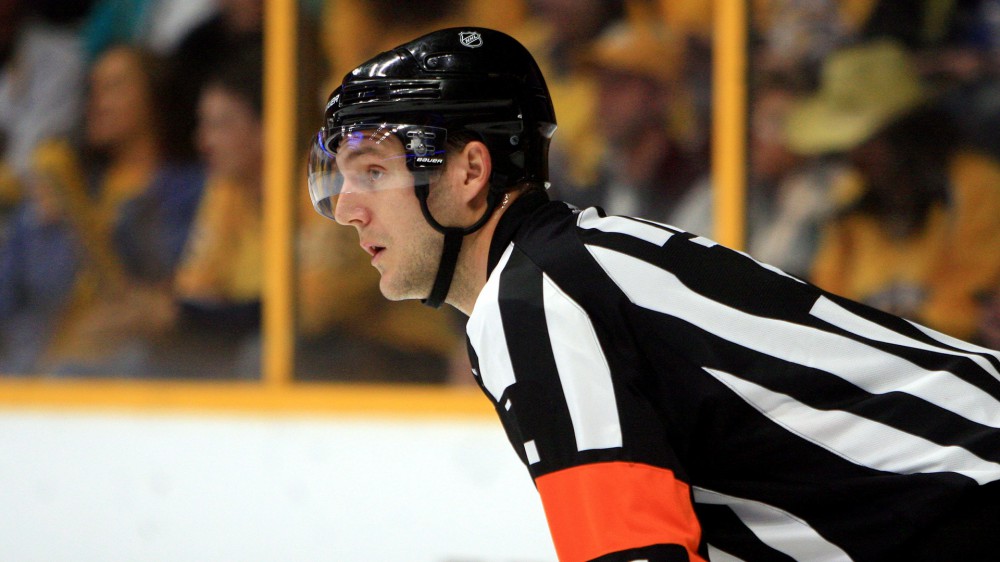