Home Golf News & Information What would you do with $1.5 million? LPGA players share wish lists 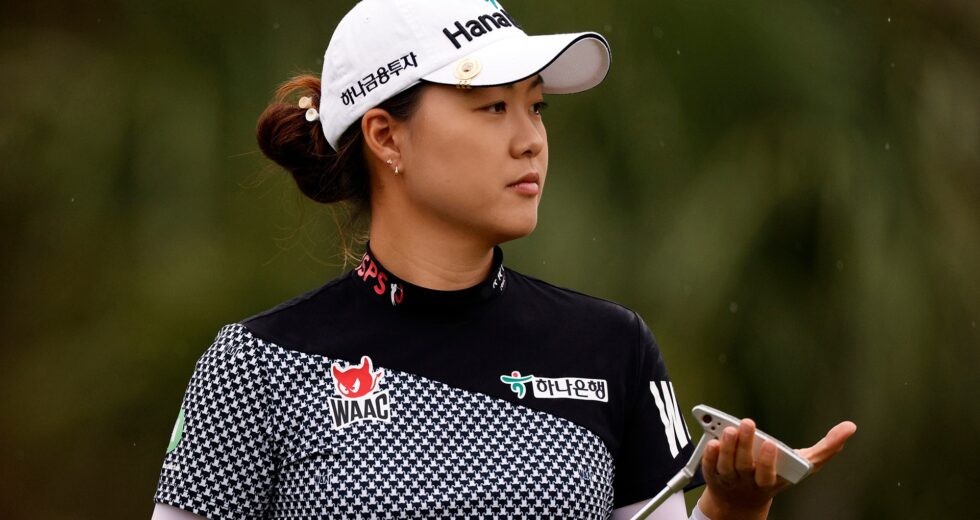 It took her just one check to eclipse that total.

The 24-year-old Aussie was announced as the winner of this year’s Aon Risk Reward Challenge, a season-long competition in which players compete for the low aggregate total on designated risk-reward holes throughout the year. Green’s prize was a crisp $1 million.

“For me, it will be life-changing,” said Green, who is in the market for a house back home in Perth, though rising real-estate prices had delayed her goal. It won’t be a problem now.

Now, imagine if she won the $1.5 million first-place check given to the CME Group Tour Championship winner this Sunday at Tiburon Golf Club.

“I have no idea,” Green said Thursday when asked what she’d do with the winner’s check. “I guess a bigger house? I’m not too sure. Maybe even a house over here [in the U.S.]. I haven’t really thought about [the $1.5 million] too much, but it is obviously in the back of everyone’s mind.

“I feel like when it hits the bank account you really won’t know what to do with it. Hopefully a logical purchase.”

Green wasn’t alone in her hopes of buying her dream home. Jeongeun Lee6, who leads the CME after an opening-round, 8-under 64, was already looking, as was So Yeon Ryu, who is planning a move from Dallas to Las Vegas this winter.

“I’m just going to move in with my friend and see how it goes,” Ryu said. “If I can have that big check, maybe it’s going to be more options to pick some houses.”

Megan Khang, meanwhile, is eyeing a house for her parents up in Rockland, Massachusetts.

“I would definitely buy my mom her dream house,” Khang said. “She’s always wanted that, and it’s always been a goal of mine to give her what she wants, because they gave me everything I want and need. … Ideally, I told my mom we could tear down the house and build up from scratch, and obviously, with the market so high right now, it’s a little tough to do that. But the 1.5 would definitely help.”

Gaby Lopez is also thinking about others.

“Probably just look at my family and see how I can help them,” she said.

Other players, such as Wei-Ling Hsu, have a new car on their wish lists.

“I really like BMW cars, so I was thinking maybe I will get one,” said Hsu, who currently drives a Nissan Murano and is hoping to upgrade to a sports car. Then what would she do with the SUV?

“Maybe give it to my dad,” Hsu answered.

Or maybe Minjee Lee will take it should she not win Sunday at Tiburon.

Lee said she’s not a big shopper – she’s bought just one designer bag, a Louis Vuitton purse, in her life – but the same can’t be said of her peer, Nelly Korda.

“There has definitely been some designer bags,” Korda said of her past major purchases. “It’s all about the designers. I mean, you can’t go wrong with Chanel. Louis is nice because the leather lasts for a really long time.”

However, Korda, who leads the LPGA’s money list this season with $2,237,157 made, says she’d use a potential bonus Sunday to treat her family.

“Some nice Christmas presents,” she said.

Mina Harigae has a guilty pleasure, too. Her and her fiancé are big Jordan shoe collectors. Harigae, who was wearing Jordan brand golf shoes on Thursday, only owns about six non-golf pairs, but her fiancé has “like 30.”

“We have like a loft area upstairs,” Harigae said. “We just put all our golf stuff and all of our shoes. Just when I see a really good pair, it’s hard for me to pull the trigger sometimes, but when I can’t stop thinking about a pair, that’s when I’ll definitely get one.”

Harigae once spent $250 on a pair, which, though reasonable, remains her highest purchase, but “I might splurge a little bit depending on how this week goes.”

At 20 years old, Yuka Saso is the youngest player in the 60-person CME field, but she had the most mature answer of those polled.

“I’ll probably save it,” Saso said.