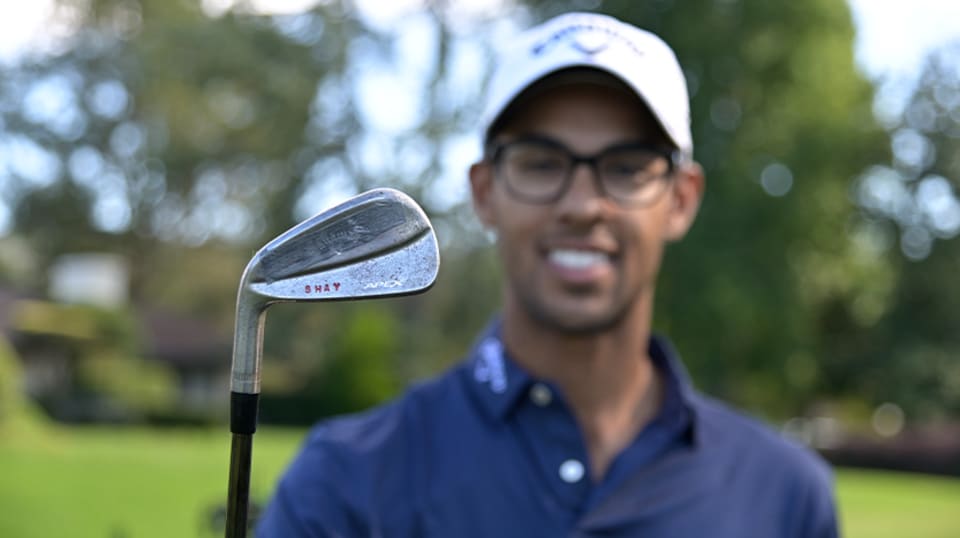 The hype around junior standout Akshay Bhatia was palpable when he decided to forgo college and turn pro last year. After becoming the youngest player ever to represent the United States in the Walker Cup, Bhatia made the leap to professional golf at just 17 years old.

Needless to say, expectations are high after his utter dominance of the junior level, and all eyes are fixed on the young standout.

Bhatia and coach George Gankas developed a very realistic plan to combat Bhatia’s lack of collegiate experience—one that didn’t involve wins and top 10s as much as it relied on learning how to be a pro. And that’s what we are seeing with young Bhatia now.

Since his debut last September, the made cuts have been few, but the process has been right on schedule, culminating with a T9 finish two weeks ago at the season-opening Safeway Open. Bhatia, now 18, was the youngest player to finish in the top 10 of a PGA TOUR event since Justin Rose finished fourth at the 1998 Open Championship. Bhatia’s top 10 earned him a start in this week’s Corales Puntacana Resort & Club Championship in the Dominican Republic.

It takes young pros, especially teen-aged ones, time to mature and gain an understanding of themselves and their games. And of course, one of the most important things you need to learn once on the big stage is managing yourself and your golf bag. Bhatia has the backing of Callaway tour support, and in particular tour manager Jacob Davidson. With Davidson’s help, Bhatia is slowly adding nuance to the bag—while relying on the DNA that has worked tremendously his whole career.

GolfWRX had a chance to chat with Davidson and this is what he had to say:

WRX: How has Bhatia’s knowledge of equipment evolved since last year?

Davidson: Akshay has an extremely good eye and feel for his equipment. He can immediately tell the difference in specs, grinds, and weight. He is very sensitive to this because of how good his feel is. It’s the sign of someone who has great hands and is a creative player. Akshay does all these things very well for someone his age. He is very mature and articulate with his equipment.

WRX: Where do his sensitivities to equipment lie? Is he a numbers guy or a feel guy?

Davidson: Akshay can tell you immediately when it is in his hand before he even hits a shot. However, Akshay has had a Trackman for 3-4 years now and pays obsessive attention to his numbers. He is a rare breed in the fact he goes both ways.

WRX: As a high-speed player, it would seem face stability and spin control trump everything else. What are his optimal launch conditions with the driver?

Davidson: If I recall, he is around 12.5 degrees of launch and 2,150 rpms. Akshay is a world-class driver of the golf ball. Pound for pound maybe even the longest on TOUR. What does he weigh, 122 pounds (laughs)? Bryson eats more steak in a month than Akshay weighs.

WRX: His irons are strong-lofted. Do you do anything special grind wise to offset the lack of bounce?

Davidson: Yes, we straighten the leading edge and adjust the bounce for better turf interaction.

WRX: What is the most challenging part of his bag to get dialed?

Davidson: Three-wood and putter. Akshay likes to hit several different shots with his 3-wood both off the tee and ground. Akshay has been in and out of putters but recently has settled on this armlock the last few weeks and has been putting great. Joe Toulon and Akshay have a great relationship.

WRX: Is there a miss in his bag you are trying to mitigate at all costs?

Davidson: We are continuing to dial in his distance control and approaches around the green. Akshay switched into the Chrome Soft X Double Dash before the Wyndham and has seen increased stability in the wind and much tighter spin dispersion numbers throughout the bag.

Since his debut, the bag has changed very little beyond updating the driver and 3-wood to the current Callaway Mavrik Line, Jaws MD5 wedges, and a new putter. The only part that seems to shift gears week to week is his 3-iron, which is currently an Epic Forged but at times can be the Apex Forged UT. That’s it. On TOUR, those are small shifts and, besides the putter, there are no wholesale changes ever made.