Home Golf News & Information What’s next for Tiger as he turns 45? 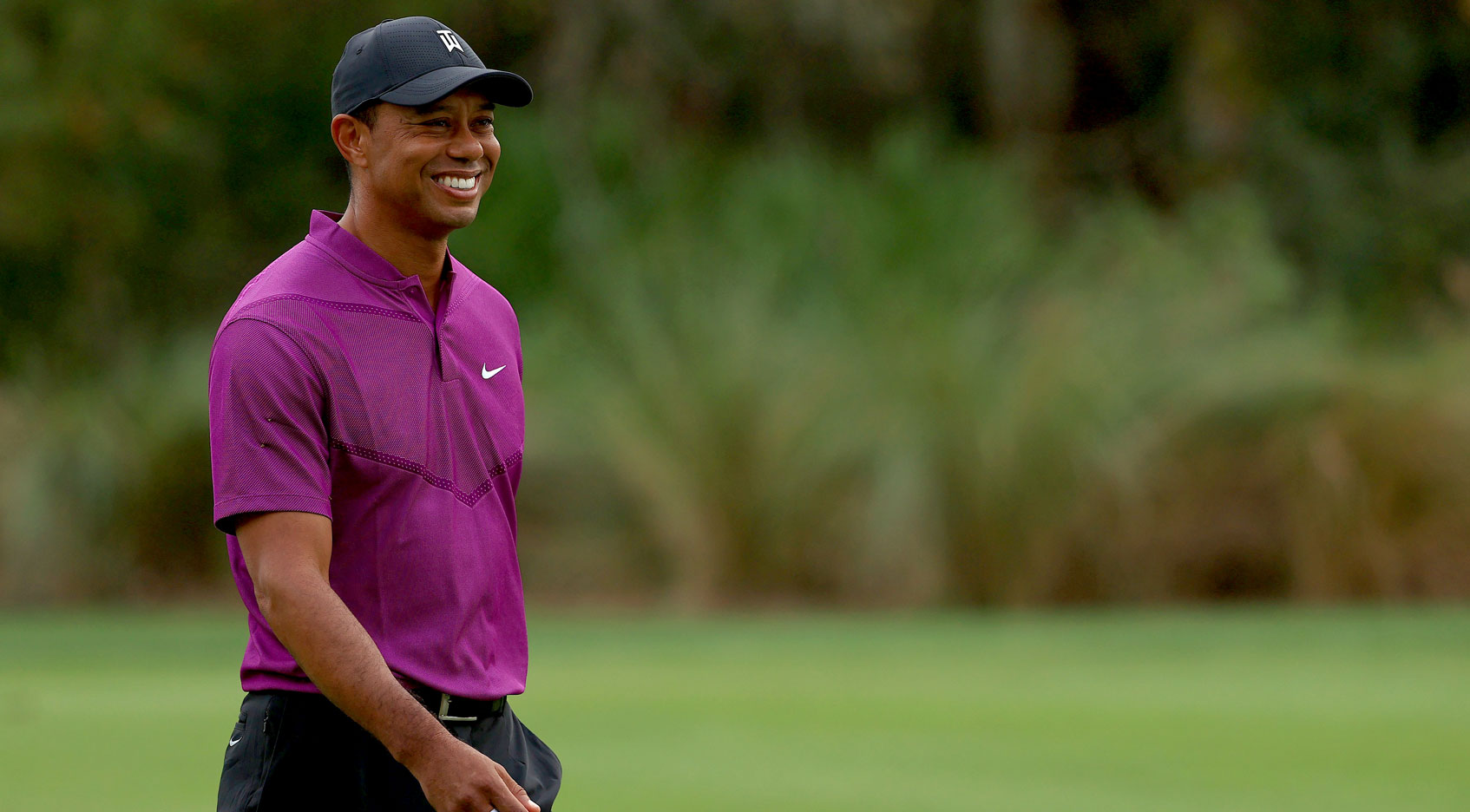 Lately, though? Well, Woods hasn’t been all that good.

Tied for 10th after an opening-round 68, he faded from there before the proverbial pieces went haywire in the final round. A 10 at the 12th hole, where he hit three balls in the water, was the highest score of his career but he bounced back with birdies on five of the last six.

On the plus side, Woods’ closing burst showed he’s still got it. On the minus side, he shot 76 and finished T38.

“We love Tiger,” Bubba Watson said at the PNC. “We want to see him succeed. But again, it comes down to how he feels, what’s the weather like, what did he do, how’s his body reacting. As you get older it’s going to slow down no matter what, but now it’s going to slow down even more so because of his surgeries and injuries. But hopefully we still have those roars we’ve seen the last couple years with Atlanta, Augusta and Japan. I think we all want to see it.”

Woods had but one top-10 finish in the 2020 calendar year – a T9 at the Farmers Insurance Open. He followed that with a 68th-place finish at his Genesis Invitational before back stiffness caused him to miss multiple events, including the Arnold Palmer Invitational presented by Mastercard, which he’s won eight times, and THE PLAYERS Championship (two-time champion). Then came the pandemic.

His next start came at the Memorial Tournament presented by Nationwide (T40). Woods has been a non-factor since. His T72 at the ZOZO CHAMPIONSHIP @ SHERWOOD, a course where he’d won the Hero World Challenge five times, said it all. For him, as for so many others, 2020 was a dud.

One way to read the Tiger tea leaves is to watch his speed. His career best for measured clubhead speed, 129.2 mph, came in round three of the 2018 Valspar Championship, where he finished T2. More top-10 finishes followed, confidence and momentum building until on Sept. 23 he won the TOUR Championship to break a five-year dry spell. You could see it coming.

By comparison, Woods has now been dormant for only about 13 months. Is his speed down? Some weeks, yes. But it could return, and surprise, as it did in 2018.

“He’s a very young man, but he is predisposed to a few injuries, too, and we’ve seen that,” said Padraig Harrington, 49. “Some weeks he doesn’t look like he could be competitive, but the weeks that he does come out and is walking that bit better, he’s a big contender.”

Big, brawny courses like Bethpage Black, where Woods won the 2002 U.S. Open, are no longer his friends. But the greatest iron player of all time, with one of the best minds, can still feast on second-shot courses like Augusta National and East Lake and a whole lot of other places.

Maybe he’ll start playing the Bermuda Championship, where light-hitting Brian Gay just won, or the Sanderson Farms Championship, which crowned iron giant Sergio Garcia, or the Mayakoba Golf Classic presented by UNIFIN, where past champions include Brendon Todd and Fred Funk. And if that all seems far-fetched, raise your hand if you saw Woods playing the PNC this year.

Picking his spots, Woods would surprise almost no one with an 83rd victory in 2021. It does not seem unreasonable to think he’ll run his total up to 85, or north of that, perhaps reaching the nice round number of 90 if his body allows – the biggest four words in golf – before turning 50.

More majors? Maybe. There’s always the Masters, and while the U.S. Open will return to Torrey Pines South next summer, the better bet is The Open Championship at Royal St. George’s, where Darren Clarke won in 2011. (Woods, injured, didn’t play.) Golfing know-how is the name of the game at The Open, and guile will guide Woods through the twilight of his career.