MAMARONECK, N.Y. – In terms of “sheer difficulty,” as Tiger Woods put it, these are the three toughest courses he’s ever played in competition: Winged Foot, Oakmont and Carnoustie.

“Those three golf courses, they can host major championships without ever doing anything to them,” he said Tuesday at the U.S. Open. “This one or Oakmont is either (Nos.) 1 or 2.”

In five U.S. Opens held here at at Winged Foot, only once has the winning score been under par – in 1984, when Fuzzy Zoeller won at 4 under in softer conditions. Geoff Ogilvy won the most recent U.S. Open here, at 5 over par, and many players have said they expect similar scoring this week with the narrow fairways, juicy rough and undulating greens.

“The golf course is going to be hard,” Woods said. “It depends on how difficult they want to set up these pins to give us a chance at it. But with the forecast, it’s going to be difficult no matter what.”

Woods was one of only 15 players in the field who also competed in the 2006 U.S. Open. That week he shot back-to-back rounds of 76 and missed the cut for the first time in a major, but his mind was elsewhere – it was the first tournament he played since the death of his father, Earl, in May 2006.

Sunday, someone will raise the U.S. Open trophy and will likely pay homage to their father. But it won’t be Tiger Woods.

Woods took a few more weeks to grieve, then lost to one player the rest of the year. He tied for second at the Western, then won the 2006 Open Championship, sobbing in the the arms of his then-caddie Steve Williams on the 18th green, and then ripped off six more titles through the end of the year, including the PGA. He won eight tournaments that year. 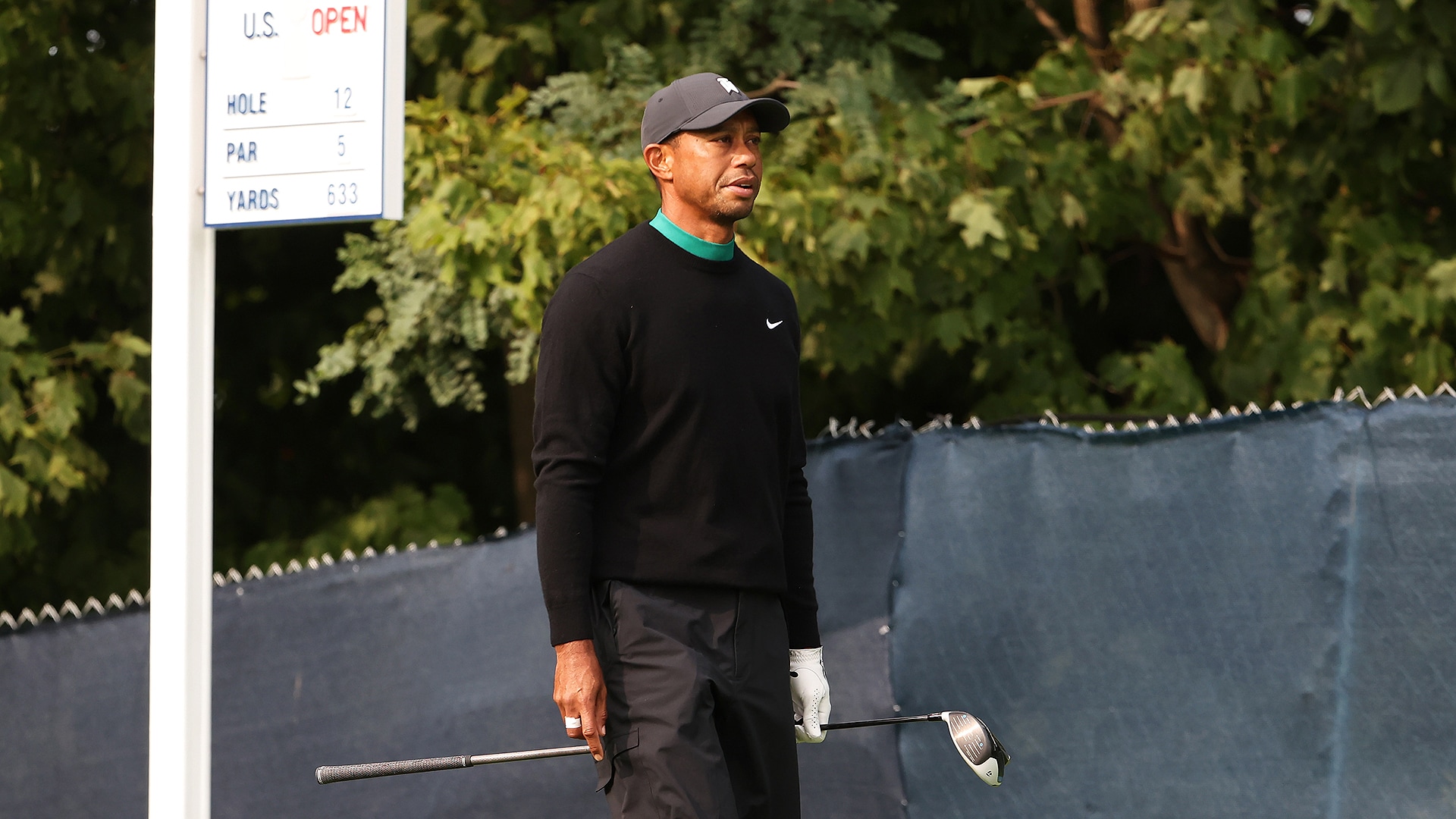