Who can still win the 83rd Masters Tournament? After 18 holes at Augusta National, here’s what history tells us:

Nine of the past 11 Masters champions opened with a round in the 60s.

That’s good news for the likes of Brooks Koepka, Phil Mickelson and Dustin Johnson. But for Rory McIlroy, who opened in 1-over 73, his career Grand Slam chances took a slight hit.

The past 13 Masters champions were each inside the top 10 after the first round.

Tiger Woods was T-11 after Thursday, as was Rickie Fowler and Jason Day, so this isn’t the kind of stat Woods wants to see. There is hope, though. Woods was the last person to win despite being outside of the top 10 after 18 holes. He was T-33 in 2005 when he went on to win his fourth green jacket.

The highest opening-nine holes of a Masters champion: 40, Tiger Woods (1997).

Jordan Spieth opened in 40 on Thursday before finishing at 3 over. He’s nine shots back, though, which isn’t good if you consider this next stat.

While Spieth won’t win the Masters this year if this stat holds true, the players at 1 over, a group that includes McIlroy, Sergio Garcia and Patrick Reed, still have a chance. 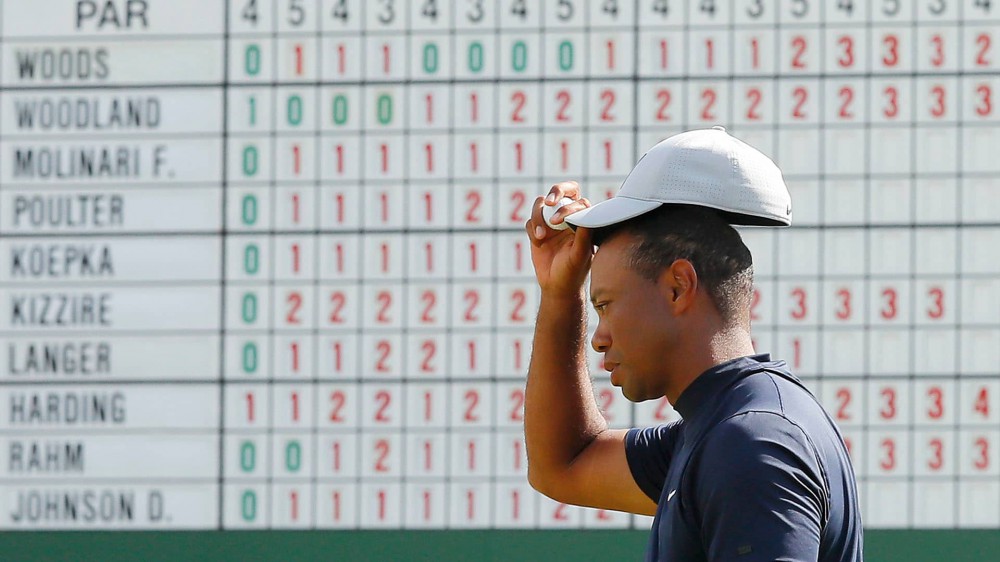 Trump excited for Masters Sunday with Tiger in mix