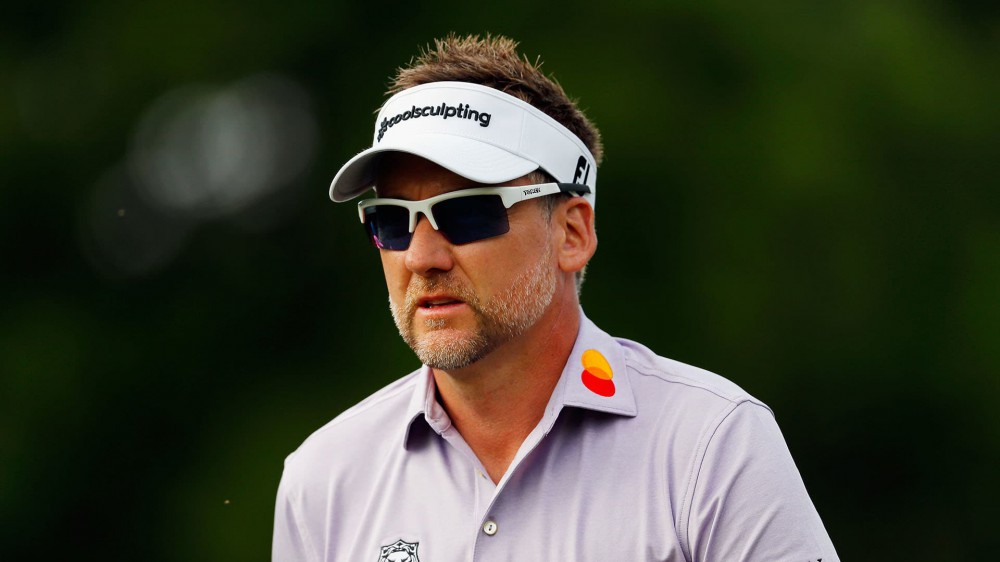 There was no more impressive score Wednesday in Abu Dhabi than Ian Poulter’s opening 66.

The Englishman endured a 34-hour door-to-door travel adventure as he hightailed it from the Sony Open in Hawaii on Sunday night to Abu Dhabi by Tuesday evening.

Fighting through jet lag, Poulter managed five birdies early before running out of gas and settling for a 6-under start.

Not that he was complaining.

“I thought it was a case of, Let’s go as low as we can as quick as we can and then try and hold on,” Poulter told reporters afterward. “I don’t feel too good now. I feel like I’ve had a few pints, even though I haven’t. I could do with some sleep.”

My 2 weeks in Hawaii are now over 18th @sentry_toc and now finished T33 at @sonyopenhawaii a bit disappointed to be honest with both weeks. Haven’t putted at all well enough. So some work to be done. I’m playing @adgolfchamps this week which is a Wednesday start. So the journey from hell is about to begin.. I will just arrive in time. 11.30 pm tonight it starts Honolulu ➡️ Los Angeles 5 hours 15 minutes. 9 hour wait in LA waiting for the @emirates flight. Los Angeles ➡️ Dubai 16 hours Then once I’ve got my bags it’s 2 hours to the hotel in Abu Dhabi. I should arrive at my Hotel in Abu Dhabi at 11pm Tuesday night. Quick sleep and tee off in the first round on Wednesday. 🤪🤪🤪🤪🤪🤪

“Knowing you’ve got a tee-off time at midday is never really good because you know at some stage you’re going to tire out,” he said. “I feel pretty tired now. It’s going to catch up with me at some stage. Hopefully it can be Saturday night” – after the final round – “and I can have a little bit of rest on Sunday and Monday.”

Poulter’s 66 left him four shots back of Shane Lowry.