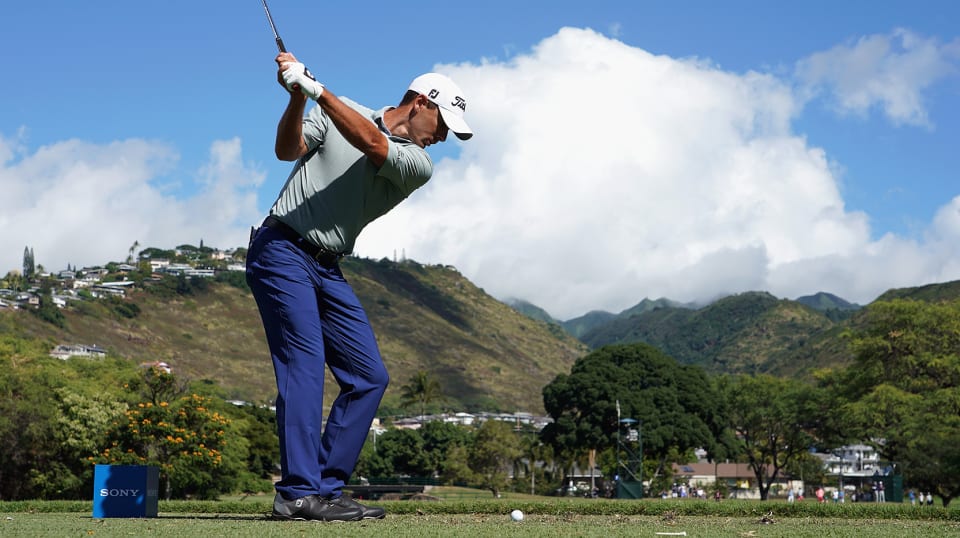 Waialae Country Club hosts the Sony Open in Hawaii this week, as it has every year since 1965. At just under 7,050 yards on the scorecard, Waialae is one of the shortest courses players tackle on TOUR. Last season, only eight courses had shorter listed yardages than the Seth Raynor-designed Honolulu layout.

About 25% of PGA TOUR courses are listed under 7,100 yards. Do these shorter venues introduce more opportunities for players who don’t drive the ball as far? The numbers suggest that the players themselves may think so. Shorter players seem to flock to shorter courses. Over the last five seasons, there are eight players with 90 or more rounds on courses listed at 7,100 yards or fewer. All eight of those players ranked outside the top-100 in driving distance in the 2019-2020 season. Brian Stuard, who ranked 190th in distance last season, leads all players with 106 rounds on those venues during that time period.

But who are the best players on short courses? Does elite game translate regardless of venue, or are there players who are able to take advantage of opportunities they may not typically get on a longer setup? To find out, 15th Club analyzed nearly 15,000 rounds played on courses 7,100 yards and under over the last five seasons.

Rory McIlroy’s 67.8 scoring average on sub-7,100-yard layouts leads all players. Nearly one-third of McIlroy’s rounds on these courses have resulted in scores of 66 or lower, including his sparkling 61 at Hamilton Golf & Country Club in the final round of the 2019 RBC Canadian Open. McIlroy has averaged more than +2.25 Strokes Gained: Total on these shorter setups, also best among all players during that stretch.

Besides McIlroy, only one other player has a scoring average under 68 on the shorter layouts: Webb Simpson (67.9). While Simpson has gained more than +1.5 strokes per round on the field each of the previous two PGA TOUR seasons, that number leaps to +2.0 per round on shorter courses. Simpson has racked up 24 rounds of 66 or lower on courses under 7,100 yards the last five seasons, most of any player. Simpson’s Strokes Gained: Approach performance improves by about 18% on shorter layouts.

Simpson has averaged 5.31 par-breakers (birdies and eagles) per round at Waialae CC over the last five years, most of any player with at least eight rounds played in that span.

Danny Lee is one player who overperforms significantly on shorter layouts. Over the last five seasons, Lee averages more birdies and eagles per round (4.72) on courses under 7,100 yards than noted bombers like Dustin Johnson (4.70) and Bryson DeChambeau (4.42). Lee’s scoring average improves by more than a stroke when he gets to the TOUR’s shorter venues, and his Strokes Gained: Total average improves dramatically (from a negative average to +0.21 per round).

Now beyond his 40th birthday, some veteran knowledge is aiding Charles Howell III as he gets closer to 600 career starts. Perhaps no course better shows that than Waialae CC, where Howell III has the best cumulative score to par (-58) of any player over the last five years. In 19 career starts at the Sony Open in Hawaii, Howell III has finished in the top-15 a staggering 13 times.

Howell III’s success on shorter courses is not just limited to Honolulu, though. Over the last five years, he ranks seventh on TOUR in scoring average on courses under 7,100 yards. Howell III averages +0.89 Strokes Gained: Total per round on these setups the last five seasons. In contrast, his overall Strokes Gained: Total average last season was 0.18 per round. His most recent win came at a tournament, The RSM Classic, where both courses used are less than 7,100 yards.

Seven-time PGA TOUR winner Stewart Cink has averaged 4.6 birdies or eagles per round on short courses the last five seasons, seventh-most of any player in that span. Considering that Cink has not averaged more than four birdies per round for an entire PGA TOUR season since 2003, that’s a significant jump in performance. Already a winner this season (on a course longer than 7,100 yards, no less), Cink gains more than +0.6 strokes on the field per round on shorter setups. In 2019-2020, he averaged +0.1 Strokes Gained: Total per round, overall.

Abraham Ancer ranks fifth among all players in scoring average on courses under 7,100 yards over the last five years (68.5). Tee-to-green, Ancer averages more than a full stroke gained on the field per round on these setups, nearly doubling his overall average in that statistic last season.

A two-time PGA TOUR winner with 45 top-10 finishes, Kevin Streelman has had a remarkably consistent career to date. Streelman has averaged positive Strokes Gained: Total every season he has been on TOUR, but has never ranked in the top-20 in that statistic over the course of an entire season. On shorter courses however, he’s ranked fourth in Strokes Gained: Total per round the last five years, averaging +1.6 – just ahead of Brooks Koepka (1.59 per round).

Streelman is ranked fifth in Strokes Gained: Approach on shorter courses. He hasn’t ranked better than 27th in that statistic in any of the last five seasons.