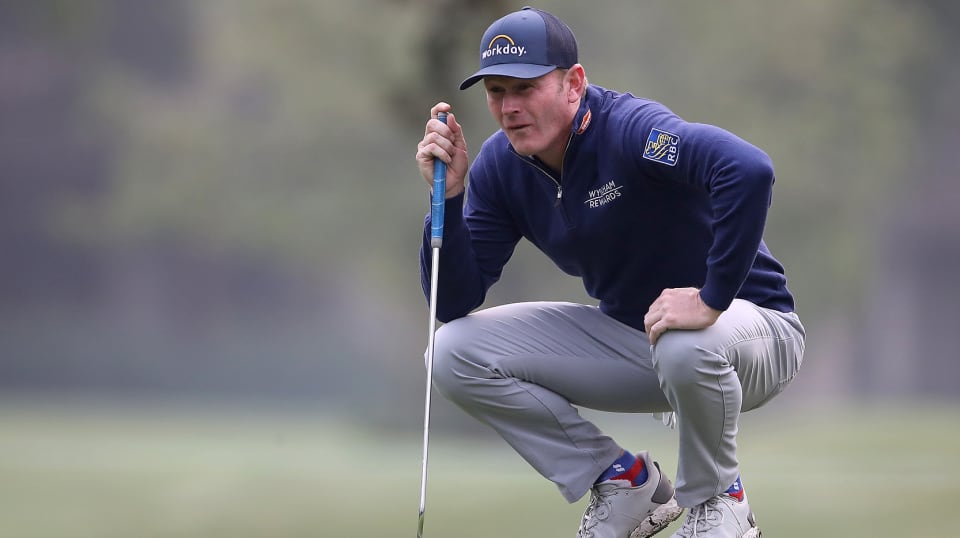 Possibly the most bemoaned of all putting surfaces, poa annua greens have developed a bumpy reputation.

Pervasive among many PGA TOUR venues during the West Coast swing, fans will often hear commentators talk about the difficulty of putting on poa greens, especially as an afternoon progresses. Maybe the best example of that trait comes from the close-up view of the golf ball in one of this sport’s most iconic moments of the last quarter-century: next time you watch Tiger Woods’ putt on the 72nd green at the 2008 U.S. Open, check out how much the ball hops before going in the hole.

But what statistical differences exist comparing player performance on Poa annua greens compared to other surfaces? Is it really tougher to make putts on this particular type of grass? And who are the best performers on these greens on the PGA TOUR?

There are more than a dozen PGA TOUR venues since 2015 whose greens contained at least some poa annua grass, according to weekly reports from the Golf Course Superintendents Association of America. 15th Club combed through more than 23,000 rounds of data to try and find the answers.

The difference when putting on Poa annua greens

Colloquially, we have all heard it for years – but 15th Club wanted to quantify the difference between putting on poa annua greens versus all other surfaces on the PGA TOUR.

The adage about putting on poa has always been that it ‘gets bumpy’ in the afternoon. Empirically, we can see that starting tee time directly impacts strokes gained putting numbers.

Typically, you would expect players in the afternoon on the weekend to putt better, simply because they are contending to win that week’s golf tournament. Because of that, we only looked at data from the first two rounds for this exercise.

Make percentage between 5-10 feet tell a slightly different story – that green speeds changing during a round itself may impact putts made percentage. The earliest tee times – those from 6-8 a.m. – have a make percentage from 5-10 feet of 55.4%. When teeing off from 9-11 a.m. hour, that number drops to 52.4%, before incrementally increasing in the later tee times to 53.3%. This could mean that later tee times tend to yield more consistent green speeds on Poa surfaces throughout a round, while a mid-morning time may see a player deal with speed changes near the end of his day.

Who performs best on Poa annua?

That elite performance shone brightly during his last start, a five-stroke victory at Torrey Pines. Reed averages eight one-putts per round on poa greens the last three seasons, most of any player (minimum 30 rounds played). Reed had a remarkable 38 one-putts in his win two weeks ago, the most by any winner on the PGA TOUR this season, and the most by a winner at the Farmers Insurance Open since tracking of statistics began in 1983.

Since 2015, Kevin Kisner has made 74.5% of his putts on poa annua greens from 4-8 feet, the second-best percentage of any player. For perspective, that percentage is significantly better than the TOUR average from that range on all surfaces last season – 68.2%. Kisner is also second-best from 5-10 feet (62.5%) and ranked 12th in Strokes Gained: Putting on poa in that span, gaining more than half-a-stroke per round on the field.

Known best for his clutch putts in a certain biennial team event, Ian Poulter has been lethal on poa annua greens when he’s played in PGA TOUR events in recent seasons. Since 2015, there are 229 players with 30 or more rounds played on poa annua greens. Of that group, Poulter ranks first in Strokes Gained: Putting per round, at 0.87. In nine different rounds during that span, Poulter has gained two or more full strokes on the field with his putting.

One of the more interesting statistical profiles in this study belongs to Vaughn Taylor. The former winner at Pebble Beach provides an example of a player who actually putts better on poa annua surfaces than on other types of grasses. Over the last three seasons, Taylor ranks third on the PGA TOUR in Strokes Gained: Putting per round on poa greens, at +0.73. During that same span, Taylor has averaged +0.22 Strokes Gained: Putting per round on all other surfaces.

It makes sense, then, that all three of Taylor’s wins have come at courses that feature some poa annua in their green complexes: twice at Montreux CC at the Barracuda Championship, and six years ago at this week’s event, the AT&T Pebble Beach Pro-Am.

Observationally, Brandt Snedeker’s name makes perfect sense on this list: his ‘pop-stroke’ style has been lauded throughout his career when playing on the West Coast. The numbers bear it out, too: over the last three seasons, Snedeker is fifthh on TOUR in Strokes Gained: Putting per round on Poa annua greens. (+0.71). Pebble Beach Golf Links has been especially good to Snedeker: since 2013, he has averaged +0.94 Strokes Gained: Putting per round at that venue, second-best of anyone with 10 or more rounds in that span.