Home Golf News & Information Who’s most likely to get their first TOUR win in 2021? 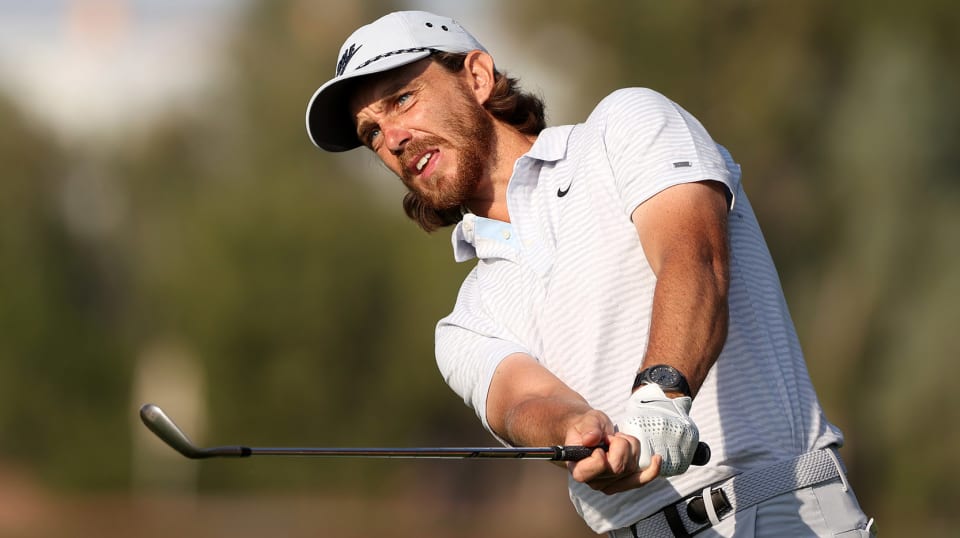 Winning on the PGA TOUR is no small feat.

Over the last five seasons, 1,181 different players have teed it up in at least one tournament. Only 103 of them – less than 9% – have a victory during that span.

Since the pandemic hiatus ended last May at the Charles Schwab Challenge, only three players have picked up their first win: Richy Werenski (Barracuda Championship), Jason Kokrak (CJ CUP @ SHADOW CREEK) and Carlos Ortiz (Vivint Houston Open). Over the last five seasons, 24% of PGA TOUR victories are attributed to first-time champions. The other three-quarters of the time, the winning player has already been to the mountaintop at least once in his career.

Which young star will burst into our golf consciousness this season? Will a veteran take the next step in his career, getting that elusive win? Using the 15th Club Performance Index and several other player and course trends, we dug through the numbers to find out who was most likely to get his first PGA TOUR win next. Here are some of the most interesting projections our 15,000 simulations revealed.

Tommy Fleetwood
Chance of winning on PGA TOUR this season: 24.0%

Our predictive model is operating under the assumption that Fleetwood will split his time between the PGA TOUR and European Tour for the remainder of 2021, as he has in the past. That factors in significantly to his probability of winning this season. 15th Club projects that Fleetwood’s baseline chance to win any PGA TOUR event is higher than some of the other names higher on this list.

Fleetwood, a five-time winner on the European Tour, seems like a slam dunk to win at least once in the next two PGA TOUR seasons. He already has four runner-up finishes on TOUR, including two in major championships. Two seasons ago, he ranked in the top 15 on TOUR in Strokes Gained: Off-The-Tee, Strokes Gained: Tee-to-Green and Strokes Gained: Total.

Matthew Fitzpatrick
Chance of winning on PGA TOUR this season: 28.4%

Fitzpatrick, the 2013 U.S. Amateur champion, fits into the Fleetwood mold from a scheduling standpoint. The 26-year-old Englishman has six victories on the European Tour, including the final event of last year, the DP World Tour Championship.

Fitzpatrick was among the best on the greens on the PGA TOUR last season, ranking second in Strokes Gained: Putting.  He also was among the top 10 in putting from 4-8 feet, putting outside 25 feet, and average distance of putts made per round. It seems like a matter of time before he gets hot enough to pick up his first PGA TOUR win.

Sam Burns
Chance of winning on PGA TOUR this season: 36.8%

The Jack Nicklaus Award winner as college golf’s top player in 2017, Burns put together an impressive collection of statistics in the fall portion of the 2020-2021 PGA TOUR season. Burns ranks third on TOUR in Strokes Gained: Off-The-Tee, fifth in driving distance and fifth in greens in regulation. He currently leads the TOUR in total driving and is up more than 100 spots from last season in Strokes Gained: Tee-to-Green.

Burns may not to have to wait long to get that first win. How does this week sound? At The American Express last year, he finished tied for sixth, capping off his week with a 63 at the Stadium Course (he needed just 20 putts in the final round, fewest of any player in the field). Burns has averaged 5.75 par-breakers per round in his eight career rounds at the event.

Abraham Ancer
Chance of winning on PGA TOUR this season: 37.3%

Ancer has three runner-up finishes on the TOUR, including a year ago at this week’s event. Ancer loved the Stadium Course in 2020 – at 15 under par, he had the best score for the week in the two rounds on that layout. He also led the field for the week in greens in regulation. Ancer’s time to get win number one could be on the immediate horizon.

Will Zalatoris
Chance of winning on PGA TOUR this season: 37.3%

Perhaps no player in the men’s game, regardless of tour, played more consistent golf in 2020 than Will Zalatoris. Between the PGA TOUR and Korn Ferry Tour, Zalatoris had 13 top-10 finishes. That was the most top-10s in Official World Golf Ranking-sanctioned events last year, two ahead of Dustin Johnson (11), Bryson DeChambeau, Justin Thomas and Mikael Lindberg (a player who competes in the Nordic Golf League, a pro circuit based in Scandinavia).

Zalatoris finished tied for sixth at the U.S. Open, then followed it up with two more top-10 finishes before fall ended. The former ACC Player of the Year is currently ranked in the top-10 on TOUR in Strokes Gained: Off-the-Tee, Strokes Gained: Approach, Strokes Gained: Tee-to-Green, driving distance and scoring average, just to name a few. Zalatoris should be all over golf fans’ radars soon – if he isn’t there already.

Scottie Scheffler
Chance of winning on PGA TOUR this season: 37.5%

The reigning PGA TOUR Rookie of the Year, Scheffler currently holds a unique place in history: he is the only player who has a sub-60 round on TOUR, but no victories. I imagine he’d like to change that distinction, and quickly.

15th Club analytics say he’s likely going to, and soon. Scheffler’s current average baseline win probability – the odds he wins any average event he starts on the PGA TOUR – are more than 4%. That may not sound like much, but that leads to a nearly 38% chance he picks up win No. 1 before this year’s TOUR Championship.

Scheffler was an elite ball-striker on TOUR last season, ranking 10th in both Strokes Gained: Off-the-Tee and Strokes Gained: Tee-to-Green. Scheffler ranked 161st in putting inside 10 feet, so a moderate improvement on shorter putts could yield big dividends for the former U.S. Junior Amateur champion.