On Tuesday at the PGA Championship, Woods was asked about his decision to take four weeks off since winning the Masters, essentially skipping the Wells Fargo Championship in a move that prompted some to question if there was any cause for health concern.

“I wanted to play at Quail Hollow, but to be honest with you, I wasn’t ready yet to start the grind of practicing and preparing and logging all those hours again,” Woods said. “I was lifting, my numbers were good. I was feeling good in the gym, but I wasn’t mentally prepared to log in the hours.”

It is just the sixth time in his career that Woods has not played an event between majors, and it might become the norm for a player who said after last season he planned to scale back his schedule.

“Generally, after the Masters I used to take four weeks off there. Now, with the condensed schedule, it’s trying to find breaks,” Woods said. “I know that I feel better when I’m fresh. The body doesn’t respond like it used to, doesn’t bounce back quite as well, so I’ve got to be aware of that.”

Although Woods has always been guarded with his schedule it seems likely he would only play five times between now and the start of the PGA Tour playoffs in August – PGA Championship, Memorial, U.S. Open, Open Championship and WGC-FedEx St. Jude Invitational. 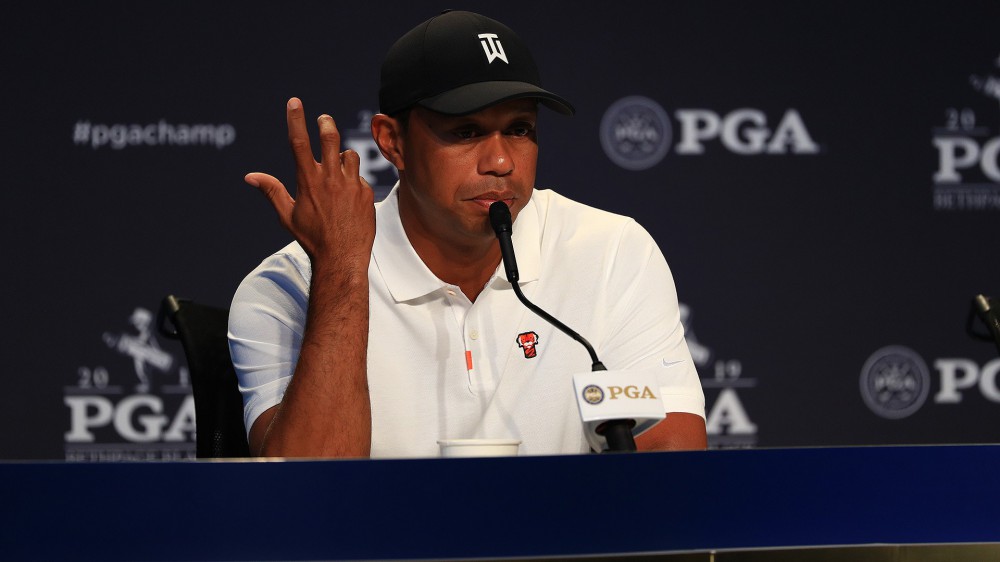