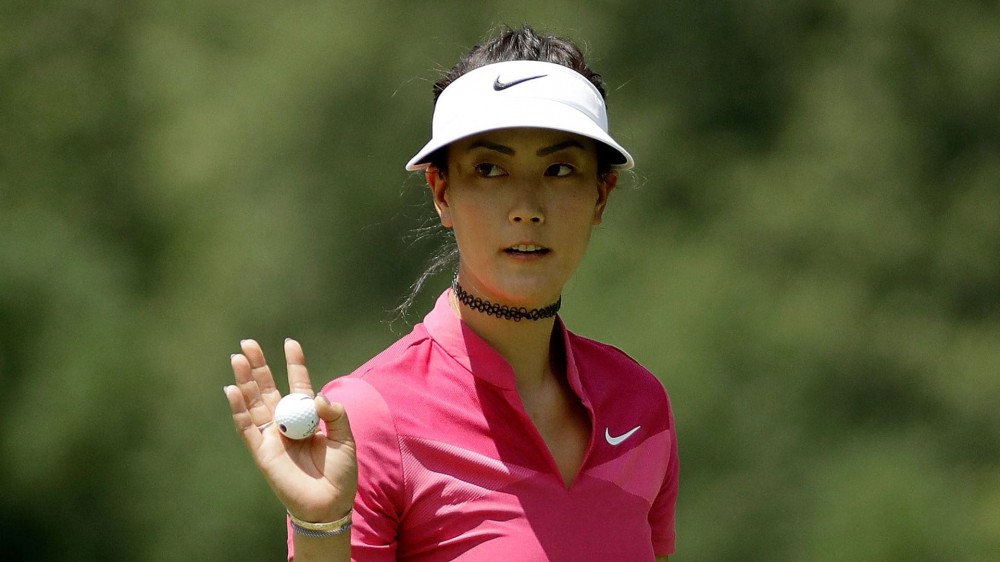 OLYMPIA FIELDS, Ill. – Michelle Wie raced into a tie for the lead Saturday with a hot start at the KPMG Women’s PGA Championship before brisk afternoon winds cooled her off.

After making birdies at three of the first four holes at Olympia Fields Country Club, Wie posted a 1-under-par 70, leaving her five shots off the lead going into the final round.

Wie two-putted the last for birdie.

“I’m just proud of myself for posting an under-par score today,” Wie said. “Still feel like I’m in position. You never know what’s going to happen on this golf course, but tomorrow, it’s a whole new day and I’m just going to try to do my best tomorrow and see where that takes me.”

Wie hit 11 of 14 fairways and 14 greens in regulation. She took 32 putts and said she lost some energy in the middle of her round.

“I just kind of hit a wall a little bit,” Wie said. “I got really tired. I think being my third week, got done really late last night, and I just got really tired all of a sudden.”